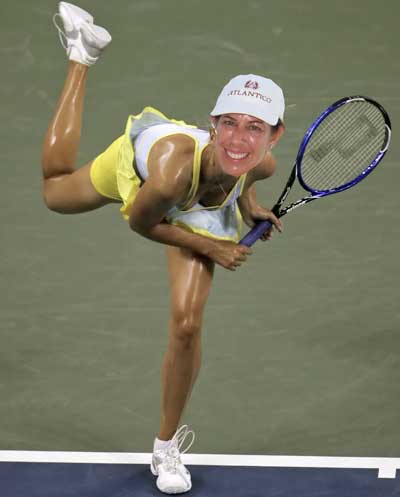 On Saturday the 13th of August the Fundación MIR Family Weekend for Life event took place in Casa de Campo La Romana and the tennis tournament began bright and early at 9AM at the La Terraza Tennis Club in Casa de Campo, when a group of enthusiastic and philanthropic tennis players gathered and prepared to battle it out to be crowned the MIR tennis champion!

Male competitors of the tennis tournament at the La Terraza Tennis Club in Casa de Campo!

The players of the tennis tournament battled it out to be crowned the champions from 9am until nearly midday, at which point a prize-giving ceremony was held, when the children competitors were awarded their prizes.

Woohoo! Competing in the ‘boys category’ at the Fundación MIR Tennis Tournament!

The Cygalle Healing Spa at the Casa de Campo Hotel took part in the MIR Tennis Tournament by giving players mini-massages before and after their games! All the prizes won by the tennis champions were also donated by the Cygalle Healing Spa in Casa de Campo and included such treats as: Soaps, bath melts, burners, essential oils, CHS luxury ritual set with conditioner, shampoo, facial mist, body gel, live body exfoliation and candles.

NOTE:
A small percentage of the photos used in this article have been photoshopped – rather professionally I may add, you probably can’t tell!

Here are even more photos taken by me during the Fundación MIR Tennis Tournament in Casa de Campo La Romana: