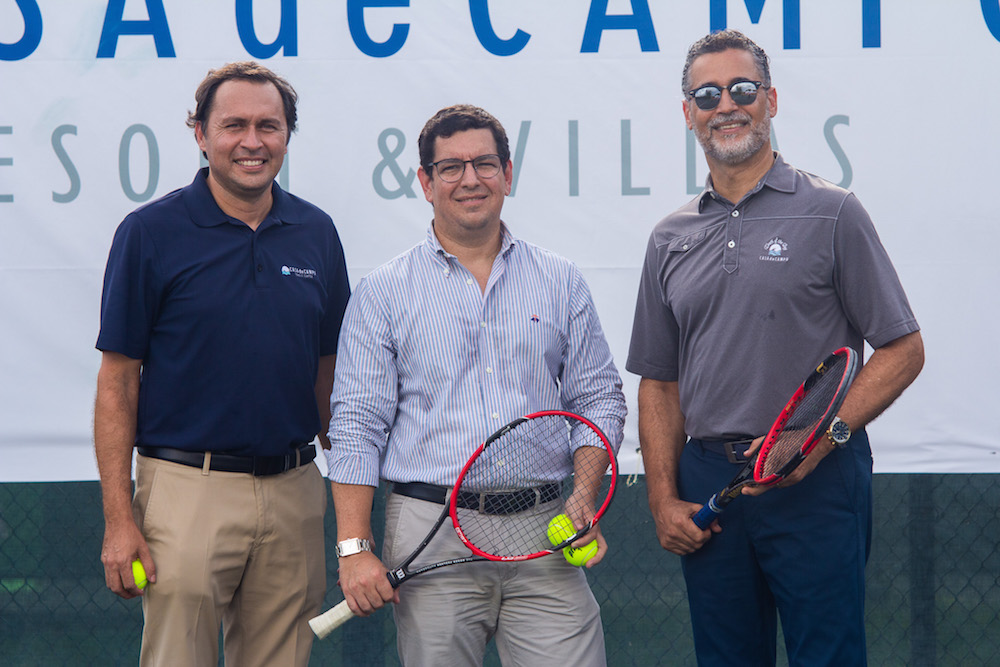 The Mexican Joel Gamboa defeated the Italian Luca Travagliati in the opening match of the XLII International Tennis Tournament Casa de Campo Cup, an event that began on Thursday at the La Terraza Tennis Center.

The match, corresponding to the Senior A male category, ended with a score of 8-2. In other results, in the men’s C division, Spaniard Julio Cuello beat Eury Ramírez from 8-7 (6) and Dominican Jesús Paniagua beat Pedro Pilier 8-4. In the men’s Open, the Italian Diego de Vecchis defeated local player Winter Jones 8-3 and in the category C 45 years or more, the Italian Luca Sala beat Alberto Muñoz, from New York, 8-2.

This year’s the tournament, founded by the Italian-Dominican businessman Vincenzo Mastrolilli in 1978 under the name of Copa Siboney, has the participation of more than 150 tennis players from Puerto Rico, Venezuela, Mexico, Ecuador, United States, Argentina, Colombia, Italy and Spain, in addition to the Dominican Republic. It is expected that with the celebration of the doubles the number of competitors will be over 200 people.

The awards ceremony and closing ceremony will take place this Friday, at 2:00 p.m. A cocktail and dance party is scheduled for Saturday night, the cost of which is included in the tournament registration.

The opening ceremony began with the words of salutation of the master of ceremonies Mario Emilio Guerrero and the parade of the ball boy children (boleritos), who lined up on the central court. Then, the national anthem notes were sung and the flags of the participating countries were raised.

The following photos were taken by Eurys Mercedes on Friday, September 20 at La Terraza Tennis Center: