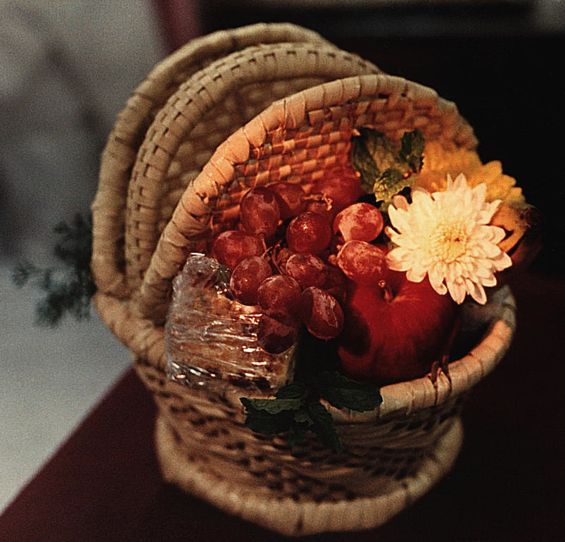 In this week’s Memories of Casa de Campo, our weekly writer Carol Burke helps us get prepared for this weekend’s New Years Eve parties and celebrations with memories of all the feasts and fiestas of the 1980’s and 1990’s.

Here’s to the bright New Year, and a fond farewell to the old;
here’s to the things that are yet to come, and to the memories that we hold.
— Author unknown

New Year’s at Casa de Campo in the 1980s and 1990s was an exciting time of feasts and fiestas.

Baskets of apples and grapes are a traditional New Year’s treat.

The restaurants of Casa were in full holiday mode with welcoming celebrations.

For the children there was the Kidz ‘n Casa program which offered activities all day long during the season, and special holiday shows in La Caña Bar during the last week of December and on Three Kings Day, January 6th.

The artwork on the Casa de Campo program covers was beautiful and showed the typical holiday spirit of Casa.

The cover of the 1987 Holiday Program was from an original work of art by Dominican painter, Guillo Perez.

Sometimes the Casa de Campo golf course was the topic of the holiday illustration.

and other times, the joyfulness of the New Year festival was illustrated.

The line of cars of people attending these concerts stretched all the way to Altos de Chavon from beyond La Romana.

There was always a New Year’s party at the Club de la Costa, followed by a special show at Genesis Disco.

The dressmakers were busy for months making party clothes.

Early in the morning on New Year’s Day everyone would find themselves at Minitas Beach to welcome the dawn of the New Year.

Minitas in the Morning

A 1938 painting by Jaime Colson illustrates the timelessness of the Dominican merengue party on New Year’s Eve.

“Merengue” a painting by Jaime Colson 1938

New Year’s Eve at Casa de Campo also has a timeless quality, as each New Year is welcomed with anticipation and wonder.

The remembrance of many a New Year celebrated at Casa de Campo gives a sense of continuity from the past, and a feeling of assuredness for the future.