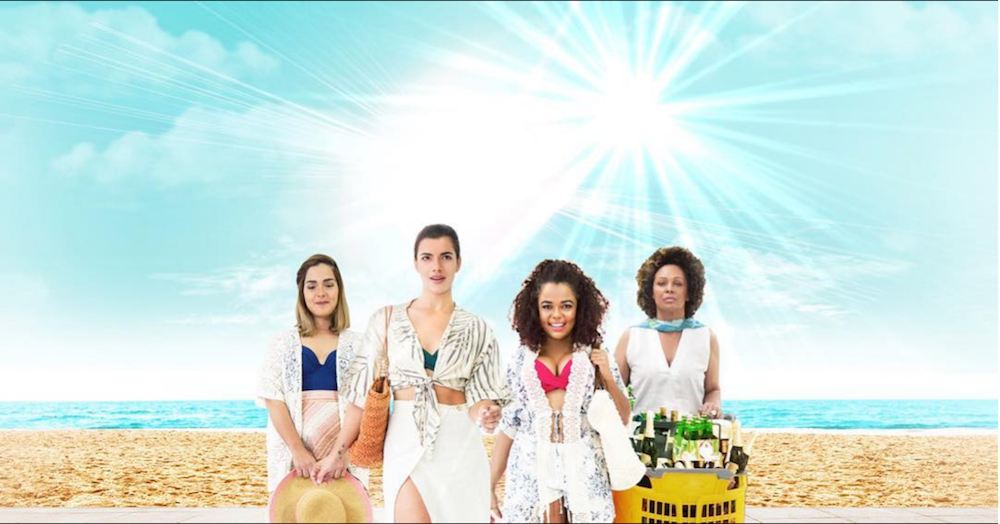 Remember that movie David Maler was filming in Casa de Campo a couple of months ago? Well, it will be released this month on August 31st and it looks like it’s going to be hilarious!!! At least that’s what we can foretell based on trailers we’ve seen online…check out the video below! But do you what to know what’s even better? You can MEET THE CAST and get an autograph on September 2nd at Multiplaza La Romana!

A post shared by Todas Las Mujeres Son Iguales (@todaslasmujeressoniguales) on Aug 2, 2017 at 10:05am PDT

Back in March when we first heard about the filming, we didn’t have too much information about its plot line; now we do! “Todas los mujeres son iguales”  (All Women are the Same) will make you roar with laughter watching what can happen when a group of very different women get together for a weekend off of men. It follows a similar concept to one of last year’s most viewed movies: “Todos los hombres son iguales” starring Christian Meier, Frank Perozo, and Nashla Bogaert.

With Casa de Campo community member David Maler as the director, we’re certain this version will have a more modern take, possibly even more daring look at the subjects women face and their perspectives on them. The previous film was certainly more male-oriented. We’re looking forward to this fresh and funny new comedy! David, along with his wife Nashla (who stars as one of the female leads), prove to be two talented and lighthearted individuals we can’t wait to see bring the storyline to life.

Don’t miss the opportunity to see the film out in theaters on August 31st and meet your favorite stars in person at next month’s autograph signing at Multiplaza La Romana!!!

Movie release date: August 31st in a theater near you

Dominican movies are on the rise! Year after year we’ve seen how movies have evolved and how the younger generation is getting more involved. Proof of that is the new Cinematography program at the Altos de Chavón School of Design, wherein the school recently remodeled their facilities to optimize the space for film. Casa de Campo has always been an all time favorite spot for movie production. Last year, “Nadie Muere en Ambrosia” was filmed in Altos de Chavón, and now “Todas las mujeres son iguales” (All Women are the Same) is underway in Casa de Campo with Director David Maler. Read more here.