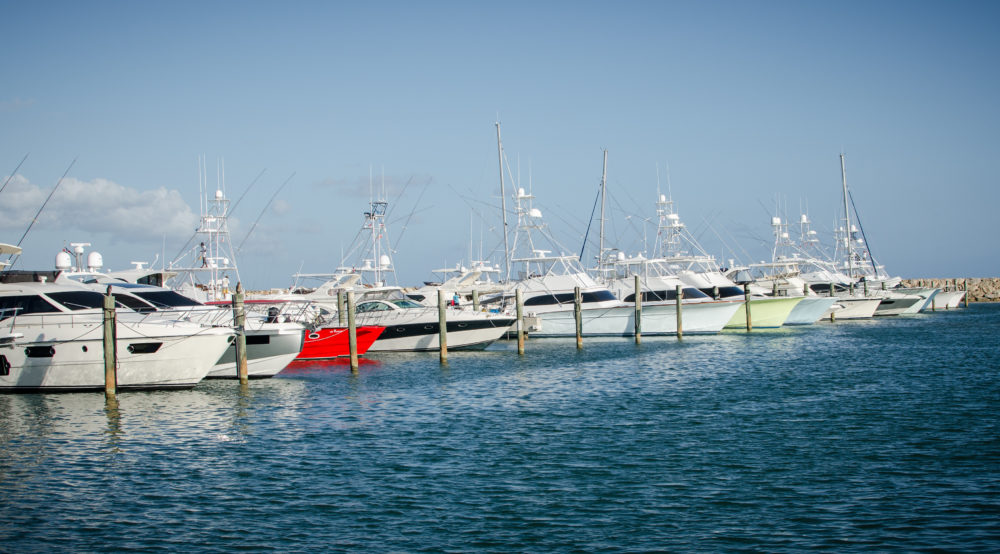 In the activities orientated to promote the destination, Marina Casa de Campo will be present in the Monaco Yacht Show (MYS) which, in its 26th edition, is positioned as one of the most important nautical shows in the world. The MYS will be held from the 28th of September until the 1st of October in the iconic Port Hercules in Monaco, the show counts with support and recognition from S.A.S Prince Albert of Monaco.

For this edition, the MYS will be the stage for the exhibition of 125 yachts with a maximum capacity of 295 feet, manufactured by the most important shipyards of the world, from which 40 will be new launches. The participation of 580 exhibiting companies has been confirmed, among which you will find, international press, prestigious marinas, yacht designers, naval architects, luxury manufacturing companies among other important sectors of the nautical industry. It is estimated that this year’s assistance will be above last year’s, which reached a new record at 34,500 visitors.

A new feature in this year’s edition of the show is the exhibition of luxury cars, in the MYS Car Deck. This is an association strategy with prestigious international brands that the organizers have decided to follow to give spectators more reasons to enjoy the show. The MYS Car Deck will be installed in Quai Rainier III, next to the bigger yacht exhibition area.

Marina Casa de Campo will be participating for the first time in this nautical event as a MYS Captains and Crew Lounge sponsor, the official space of the show dedicated exclusively to one of the most important entities of the industry: Captain and Crew of the participating yachts and anchored in the Monaco Bay. Captain and Crew are the main advisers for buying products and services relating to their yachts. They are also a strategic target since they possess an acquisitive power compared to a high ranking executive.

The MYS C&C Lounge is located in Quai Louis II, next to the Monaco Yacht Club and is open from 8:30am until 7:30pm. The C&C Lounge allows its users to have a space to relax away from the show, enjoying the activities, breakfast and lunch, exclusive services among other things. One of the activities that will take place is the Captain and Crew Lounge Party, which will take place Friday September 30th at 7:30pm. Just before the official party, our company will be hosting the Marina Casa de Campo Trivia Challenge, which will test the nautical knowledge of the crews. The activity is developed in various question rounds of diverse categories such as Movies and Music, General Culture, Sports and of course the Nautical as the main category of the event.  The teams must be formed by the captain and 4 crew members and the team with the most points will be the winner of wonderful prizes, one of which includes a weekend in Casa de Campo and special gifts from the latest collection of the retired artist Bibi Leon.

Where: Port Hercules, Principality of Monaco

Where: MYS C&C Lounge (next to the Monaco Yacht Club)

La Marina Casa de Campo is in the same area of the most acclaimed tourist region in the Dominican Republic. Added to a repertoire of pristine beaches with sparkling blue water, great hotels & resorts, and Marina Casa de Campo being part of the Caribbean most complete resorts, Casa de Campo; an amazing 7,000-acre hotel, resort and a safe private residential community, where luxury service and genuine Dominican hospitality blend to create a unique world class facility and the Marina is in the middle of it all. Marina Casa de Campo’s breathtaking and distinct style of architecture acknowledges the Caribbean surrounding on many levels inspired by Mediterranean seaside villages.

La Marina is located within Casa de Campo Resort, the most complete resort of the Caribbean, at the West tip of the mouth of Chavon River, about 3.2 nautical miles to the East of the City of La Romana, Dominican Republic. We are a private & independent Marina fully equipped with unsurpassed modern amenities; therefore we can also represent you as your local agent providing many other kinds of services available while visiting our facilities. Our Marina also includes a fully equipped shipyard. The Marina’s area expands over more than 90,000m² and holds about 350 slips ranging from 30 to 250ft for private & transient yachts.

All Government Authorities to complete international check-in into the Country are on-site. The Marina has its own yacht club, exclusive fashion design brand name’s boutiques & fine dining Plaza Boulevard and a Mini-shopping Mall. For additional information please don’t hesitate to contact us or visit our website at www.marinacasadecampo.com.