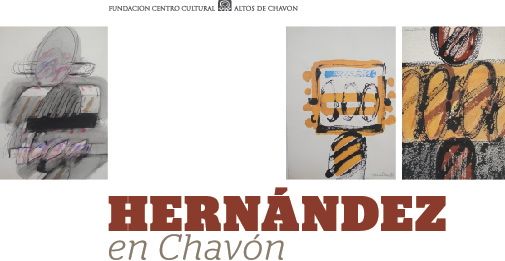 Last Wednesday the 18th of January 2012, new art exhibit “50 años de signos” by Columbian artist, Manuel Hernandez was inaugurated in the Galería Nacional de Bellas Artes (National Gallery of fine arts) in Santo Domingo, attracting a large crowd of Dominican art aficionados as well as a number of art lovers from all over the world, many of whom we recognized as Casa de Campo villa owners!

The exhibit which will now be open through to March the 14th was inaugurated in the presence of several hundred art lovers as well as the artist’s family; his wife, Pilar, his son Daniel Hernandez, who also happens to be the manager of the Hotel Casa de Campo, Daniel’s wife, Sandra and their 2 children, Manuel and Daniela. And following a series of speeches that served to officially inaugurate the exhibit, a cocktail was served and guests ascended to the second floor of the gallery where a traditional and lively music and dance show took place.

The extensive exhibit, named “50 años de signos” which means 50 years of signs, represents 50 years of artistic creation – an impressive achievement for the Maestro Hernandez, who has dedicated his life to his passion, creating paintings and drawings in his signature style using bold signs. Spread over 2 floors and displayed in a series of adjoined exhibition rooms, the exhibit incorporates several dozen pieces of art work, included sketches created before the paintings themselves – something which showed an interesting evolution from the idea to final masterpiece.

Congratulations to the Maestro Manuel Hernandez! And remember if you were unable to attend the exhibit, it will remain on show in the Galería Nacional de Bellas Artes (National Gallery of fine arts) in Santo Domingo until March the 14th.

The next exhibit to take place at the Altos de Chavón art gallery will also be by Maestro Manuel Hernandez! The next exhibit will open on Thursday February 2nd, so will include a different group of paintings than the ones exhibited in Bellas Artes. More information coming soon!