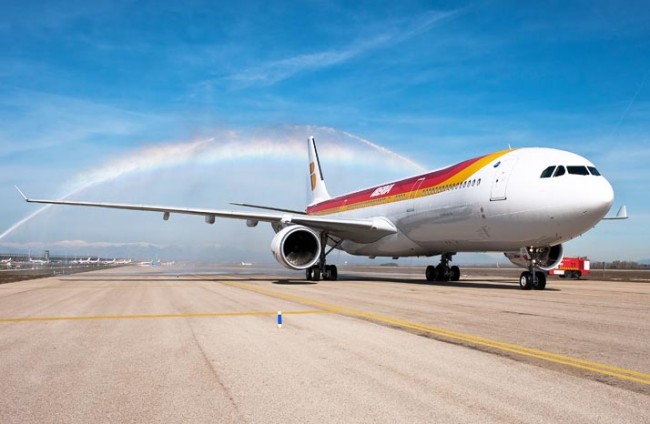 And while we’re sure Luis-Emilio Rodriguez will come through for us on that promise, we already have no shortage of options for getting to Europe!

You can currently fly to Europe direct from La Romana with AirEuropa twice weekly on Mondays and Saturdays starting from this coming June 23rd. AirEuropa also fly daily between Santo Domingo and Madrid.

Meanwhile Iberia currently flies to Madrid from Santo Domingo via Miami or Panama everyday of the week, but will be starting direct flights on Mondays, Wednesdays, Fridays, Saturdays and Sundays from September 1st.

With the introduction of almost daily direct flights by Iberia, competition between the two airlines has caused both to launch ‘rock-bottom’ flight deals – both with seats as low as just US$300 for flights in September. However, with the addition of taxes and other fees the final price you pay is unlikely to be less than US$1,000. We did find one option for US$980, yet a flight to England quoted at US$340 came out to be more than US$1200. That said even at US$1200, the cost is lower than what we have paid in recent years for flights to Europe.

So, Luis-Emilio Rodriguez, we look forward to having Iberia jetting out of La Romana – Casa de Campo as soon as possible – after all it can only help to lower the prices even further.

This route is available on Mondays, Wednesdays, Fridays, Saturdays and Sundays on the following schedule;

Ticket prices vary, but while researching flights for this article we found for as little as US$980 (including all taxes and fees)