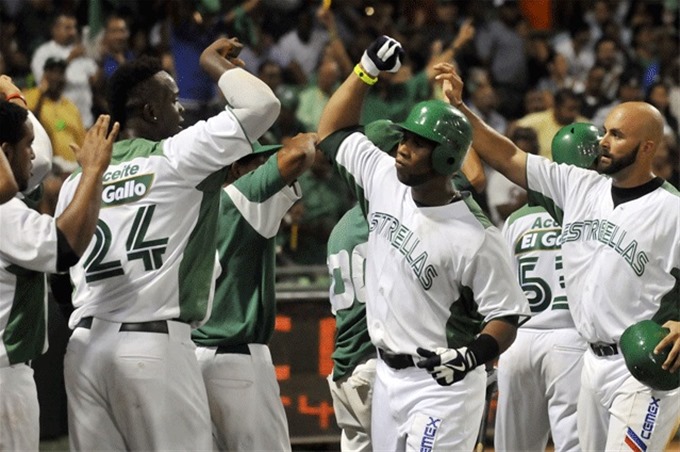 Both teams matched up in a pitching duel through nine innings, until Leandro Castro hit a RBI single in the bottom of the ninth inning, which brought Eliezer Mesa to the plate for Las Estrellas Orientales, ending the first game in a defeat for Los Toros.

The winning entry began with a negotiating walk by Alex Valdez. Eliezer Mesa came in as a pinch runner for Valdez  and scored on a single connected by Castro in the middle of the diamond.

The reliever Marcos Mateo (1-0) pitched one inning to get the win, while the losing pitcher was Castillo (0-1).

For “Las Estrellas”, Alfredo Marte got a two RBI homer  in four ABs , Leandro Castro, 1-for-4 with one RBI, and Jonathan Galvez, 1-for-4.

For “Los Toros”, who got five hits, Matt Hague homered, singled and negotiated a ticket in three ABs. Eugenio Velez, 1-for-2, with two walks, Jose Ramirez, 1-for-3, and Gary Sanchez,1-for-3.

The opening event of the season was attended by the Dominican Minister of Sport, Jaime David Fernandez Mirabal, who opened the game with an honorary pitch of the first ball.

Today, “Los Toros” travel to Santiago to face “Las Aguilas Cibaeñas ”, and tomorrow Sunday they will play their first matchup as home field advantage (at the Francisco Micheli stadium) against “Las Estrellas”.