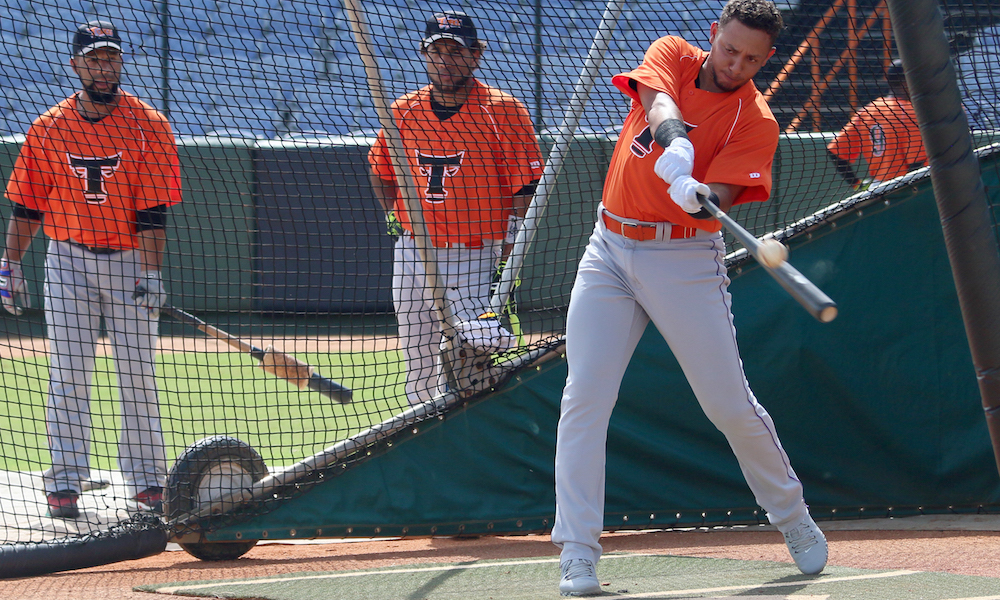 Hear ye baseball fans! Are you ready for this year’s Baseball Season?? Last Monday, September 25th, after a few setbacks due to the hurricane warnings we’ve had recently, the Toros del Este started their training for the new winter baseball season in the Dominican Republic. Stanley Javier, VP of operations for the Toros, was extremely pleased to see vital figures on the training grounds for the team, such as outfielder Steven Moya, right-hand pitchers José R. Díaz and Jhan Mariñez, left-hand pitchers Darío Álvarez and infielder Deibinson Romero.

This year the championship will start officially on Friday, October 13th, with the first game being in Santo Domingo, Licey vs. Aguilas Cibaeñas. The first game here in La Romana will be on Saturday, October 14th, Toros del Este vs. Estrellas Orientales. Currently, all the teams are hard at work doing pre-season training – each team with high hopes of being the winner of the best baseball tournament in the Caribbean.

On Thursday, the Toros clubhouse along with Lidom (The Professional Baseball League of the Dominican Republic) started “fan warm up,” raising the excitement levels for the new season and motivating fans! They got together at the entrance of the Francisco A. Michelli stadium and paraded all around La Romana. They normally do various activities in areas of La Romana with bands, cheerleaders and the famous “Torito,” the team mascot, taking pictures, playing music, giving out flags, caps, bumper stickers and spreading all-around team spirit!

Plus, they just announced their “Madrina”. Every year, the Toros del Este (as every team in the Dominican Baseball League) name a “Madrina”. The Madrina is a female figure that represents the team for the whole year, attending every possible game to provide support to the players and to give a feminine touch to something which could be considered a man’s sport… but is loved by many Dominican women too. This year, Linette Rodríguez Mendoza was selected. The 20-year-old is a La Romana native who studies Clinical Psychology at the Universidad O & M de La Romana and is considers herself a faithful and enthusiastic fan of the Toros del Este by family tradition.

So baseball lovers, get ready to don your orange outfits and cheer for our local baseball team! If you are not baseball enthusiast, and just here in the country during baseball season, come out to the ball game— it’s just a matter of time before you are also cheering on your favorite team!

Below is the scheduled matches taking place at Francisco A. Micheli stadium, so SAVE-THE-DATES: