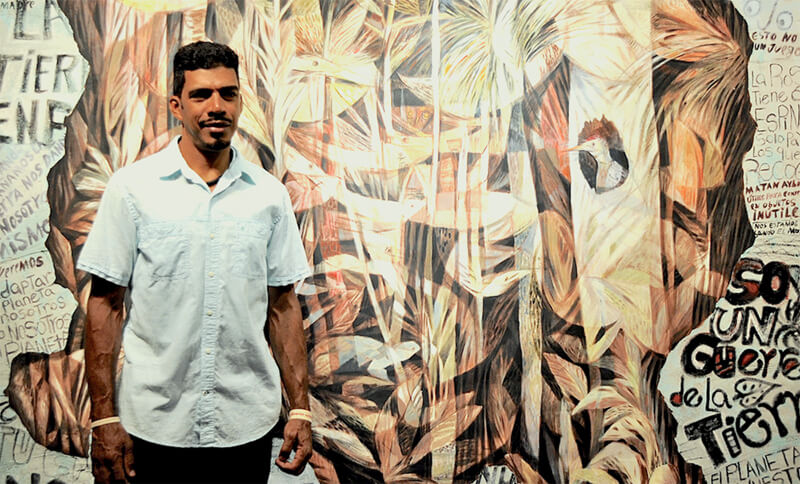 “Several years ago I started an investigation about primitive art, especially from Africa and the Caribbean and I was able to delve into artistic expressions as original and autochthonous as the petroglyphs or rock art of these regions that motivated me to create a bridge between two worlds and two different times, “said the artist.

In his work “Paths of the Caribbean” his fundamental objective is to create an art form that is capable of transmitting the force of nature, sensitizing the viewer with respect to the value and preservation of the environment, dealing with social problems such as emigration, pollution environmental, deforestation, among others.

The exhibition consists of 30 works including paintings, tiles and sculptures using mixed techniques, extra pictorial or recycled materials and clay as an ancestral element.

In 1993 he obtained a scholarship from the Organization of American States (OAS) to study “Pre-Columbian Ceramics and Restoration of Archaeological Pieces” in Panama City, then in 1996 he conducted a workshop on “How to paint with low-cost materials and easy access “, in the School of Design of Altos de Chavón. In 2007, he completed a Master’s Degree in “Texture and Glaze of Ceramic Sculpture”, at the School of Ceramics of Moncloa, Madrid.