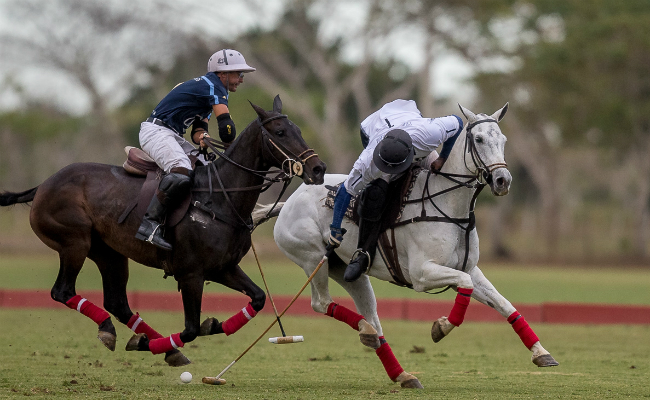 The first match was Los Samanes vs. Casa de Campo. Santi Toccalino drives home 5 of his team’s 10 goals to put them through to the Subsidiary final on Saturday. Casa de Campo can only rustle up one goal each in the entire game to add to the 1 goal handicap advantage that they were give. Frayssinet dominated as much in advance as in defence and also contributed 3 goals while Ambroggio managed to add a couple of his own. Final score was Casa de Campo 6 – Los Samanes 10 and the MVP Santi Toccalino.

In the second match, Los Establos quickly dealt with the 2 goal advantage Pitirri Potranca were given as Muzzio entered a goal in the first and Cubi Toccalino had 3 goals in swift succession in the the 2nd. In Chukka 3 no one from Pitirri got near the goal while every player from Los Establos managed to put one in. Muzzio kept up the pace in 4th & 5th chukkas and although Perezdiez had two of his own in the 5th Los Establos were already far ahead. Final score 11 – 6, MVP Ale Muzzio.

The finals will take place at Casa de Campo on Saturday 27th February, from 2:30 pm onwards. Before the final, you will be able to enjoy the subsidiary final at the first time slot. The actual final will occur at 4:30 pm. This thrilling battle between two very close teams will be live streamed on pololine.tv and broadcasted on ESPN.