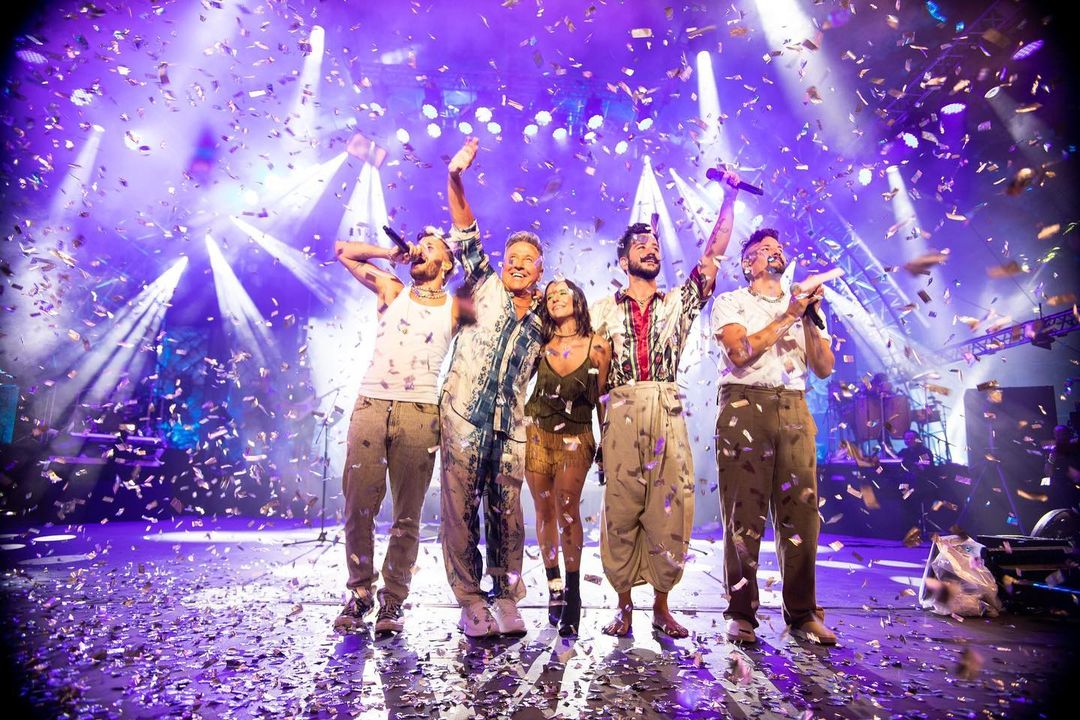 Undoubtedly, the Montaner Family concert has been one of the most important events of 2021. The event had a reach of more than a million people who saw it in real-time all over the world, with a sale of more than 205 thousand live streaming tickets. Ricardo, Evaluna, Camilo, Mau & Ricky were the hosts of a party full of emotions.

A concert that will undoubtedly remain in the memory and hearts of all, some interpreting the songs of others, versions never heard before. The concert began with the interpretation of the five artists with the successful song Amen, then the unexpected happened, duets, trios, solos, Montaner with Evaluna, Evaluna with Camilo, Mau and Ricky with Camilo, Camilo with Montaner, Mau and Ricky with Montaner … in short, the rhythm, the music, the songs had no limits and due to the reaction of the public present and online, they remained in everyone’s heart. Musically they all flowed masterfully going from one song to another, from one rhythm to another, from one genre to another, without any difficulty.

From the Dominican Republic, in Altos de Chavón, the Montaner Family’s streaming concert has been seen so far by more than 205,320 accesses sold all over the world. This, apart from the 1,000 fans who sold out face-to-face tickets at the famous Altos de Chavón Amphitheater, giving a unique warmth to this historic streaming.

Los Montaner Live was a blockbuster where more than 200 people worked on stage, with an excellent play of light and impeccable sound. CSJR Producciones produced and coordinated the event from the Dominican Republic for the entire planet. Starting on Sunday, August 1, at 12 noon (Dominican Republic time), the Concert will be available for 48 hours for all those who could not see it live and want to see it in the new On Demand format.

Below is a gallery of photos taken by Camilo Joga during Ricardo Montaner’s concert on Saturday, July 31: