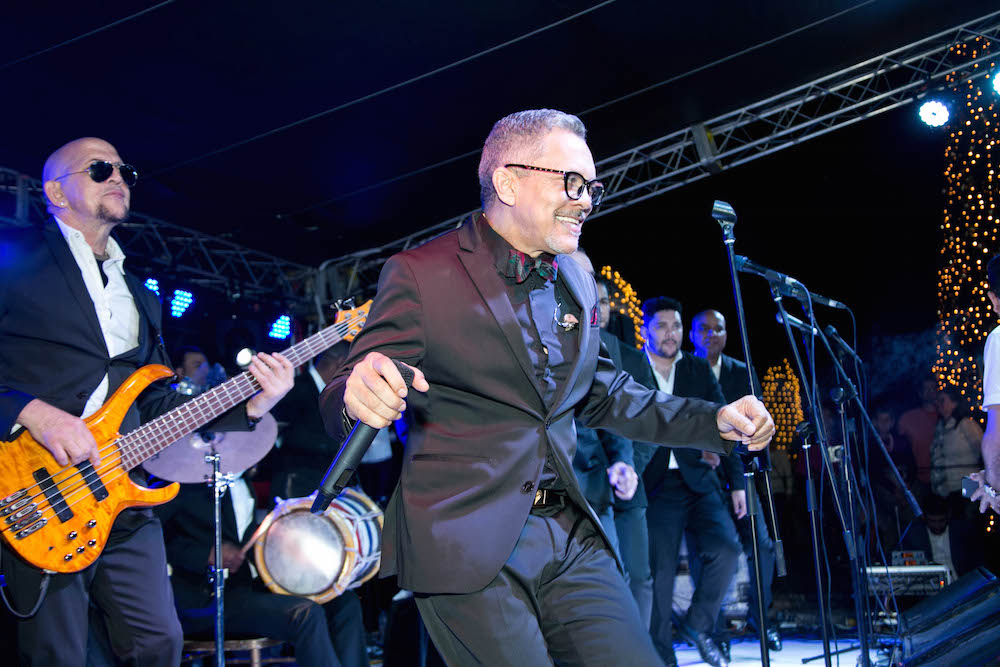 What a night to remember! If there is one thing Dominicans love to do – it’s dance! And from what we were able to see so does all villa owners and guests! Last Tuesday the 26th of December, Chavón was bustling with music and laughter and when the Hermanos Rosario hit the stage in Plaza Chavón, everybody got up and danced with joy!

The party was part of the holiday program and it was definitely a resounding success! This gathering brought together numerous Casa de Campo villa owners, residents, and guests as well as La Romana community members. Starting at 9 pm with the musical group “Dos en la Via” the Plaza starting filling up with people looking to dance the night away to the merengue beat. It was very easy to get into the festive mood with the sounds of the tambora, guirra and the many popular songs that “Dos en la Via” included in their repertoire.

Around 10:30 pm, Los Hermanos Rosario took the stage and the dance floor once again was alive with guests ready to continue the party. With songs like “La Dueña Del Swing”, “Nuevecita de Caja”, “Rompecintura”, “Mil horas” and more this emblematic Merengue band from the Dominican Republic proved once again why they are called “Los dueños del swing” (the owners of swing) and one of the most popular bands across the country and the world. They posed for pictures, danced with the audience and had us wishing the night would never end!

Yet another magical night on the cobbles of Altos de Chavón in Casa de Campo! The following collection of photos were taken by Mairobi Herrera at the Hermanos Rosario concert last Tuesday, December 26th:

and by Mariana Heredia: