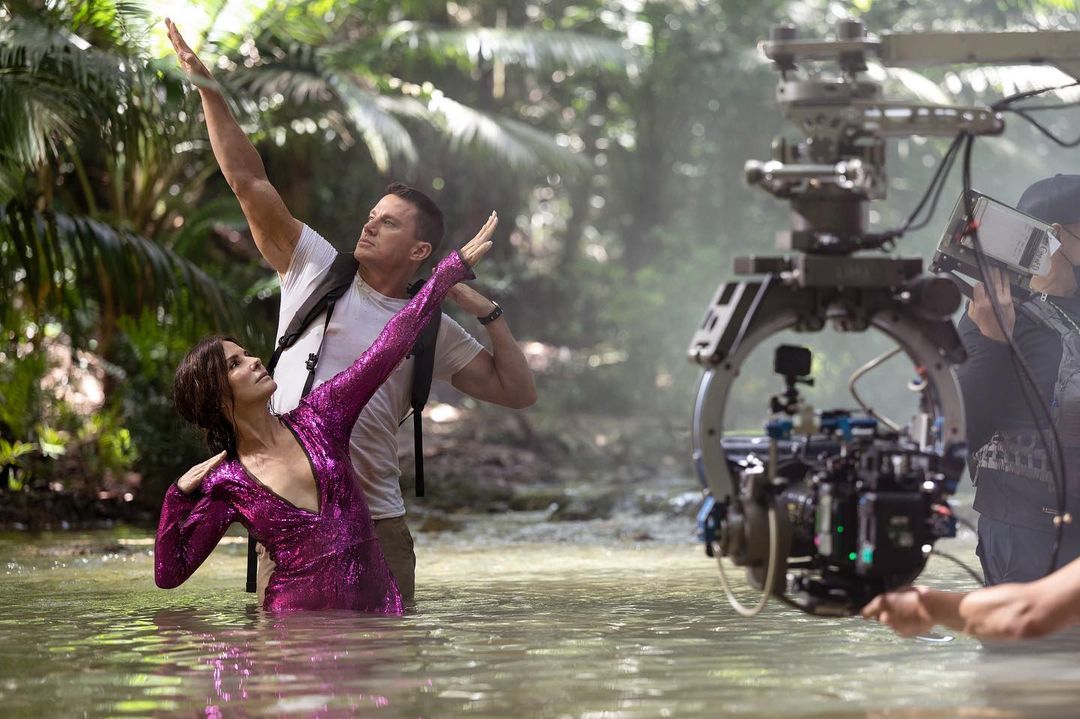 It’s official! Sandra Bullock and Channing Tatum have begun filming “The Lost City of D” in the Dominican Republic! This morning the popular actor Channing Tatum posted this fun image on his Instagram account showing us a little bit of what the movie is about!

The film is scheduled to be shot in Samana, Santo Domingo, Pinewood studios and guess where else?! Our very own Casa de Campo!

Per the studio, the story centers on a reclusive romance novelist who is sure nothing could be worse than getting stuck on a book tour with her cover model. That is, until a kidnapping attempt sweeps them both into a cutthroat jungle adventure, proving life can be so much stranger, and more romantic, than any of her paperback fictions.

Bullock is the author while Tatum is the model. Directed by Adam and Aaron Nee, Paramount’s romantic action-adventure comedy will also feature actors Oscar Nuñez, Patti Harrison, Da’Vine Joy Randolph, and the one and only Brad Pitt who is reuniting with Sandra Bullock after she had a cameo in his last movie. Pitt’s role is being kept hidden in the temple ruins, but it is said to be a cameo.

Although the pandemic brought a pause across the country, the Dominican Republic remains one of the primary locations for movie producers and makers in the Hollywood business, due to incentives for foreign investment in the film legislation.

As we’ve been able to see throughout the years, staying at Casa de Campo is full of many surprises… you may catch your favorite movie star during your time here! We hope to bring you more info, in the near future!