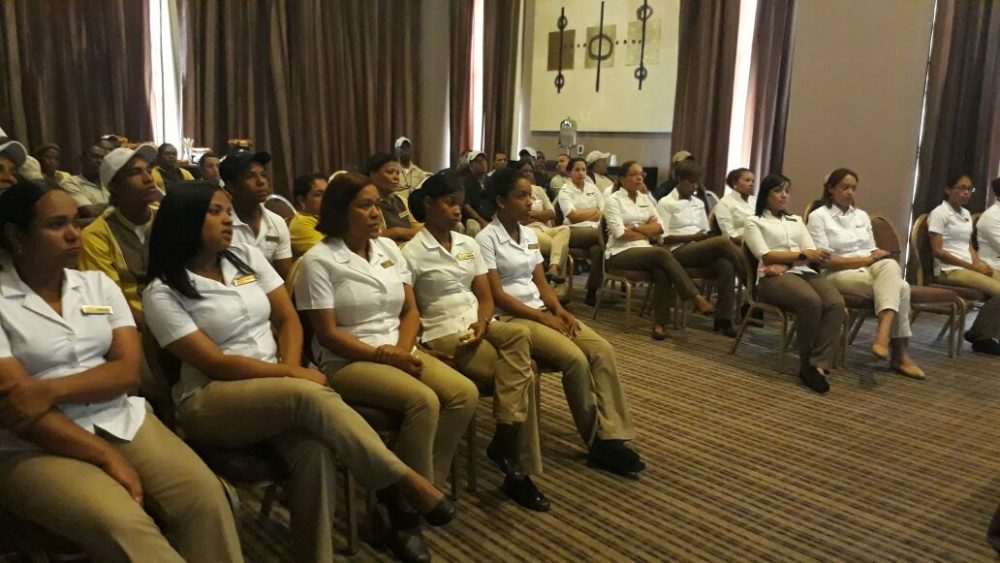 The La Romana Bayahibe Hotel Association, in coordination with the National Office of Meteorology (ONAMET), educated a group of hotel collaborators on updated information for the 2017 hurricane season in order to increase and guarantee the safety of tourists in our country.

The lecture was given by Francisco Holguín, Meteorologist of the National Office of Meteorology and Wagner Rivera, in charge of the ONAMET Tsunami Warning Unit. The conference included subjects on what to do before, during, and after a climactic event for the 2017 hurricane season. The participating hotels were Hotel Dreams La Romana, Viva Wyndham Dominicus Beach & Viva Wyndham Dominicus Palace, Iberostar Hacienda Dominicus, Gran Dominicus Catalonia, Dominicus La Romana Dreams and Be Live Collection Canoa.

This training is conducted annually with the objective of guiding the collaborators on climatic phenomena that could occur during the 2017 hurricane season, and are part of an agreement signed between both entities six years ago. The ONAMET technicians instructed the collaborators on what to do as well as updates of the country’s advances in technology and preparation for any situation of this nature that may arise.