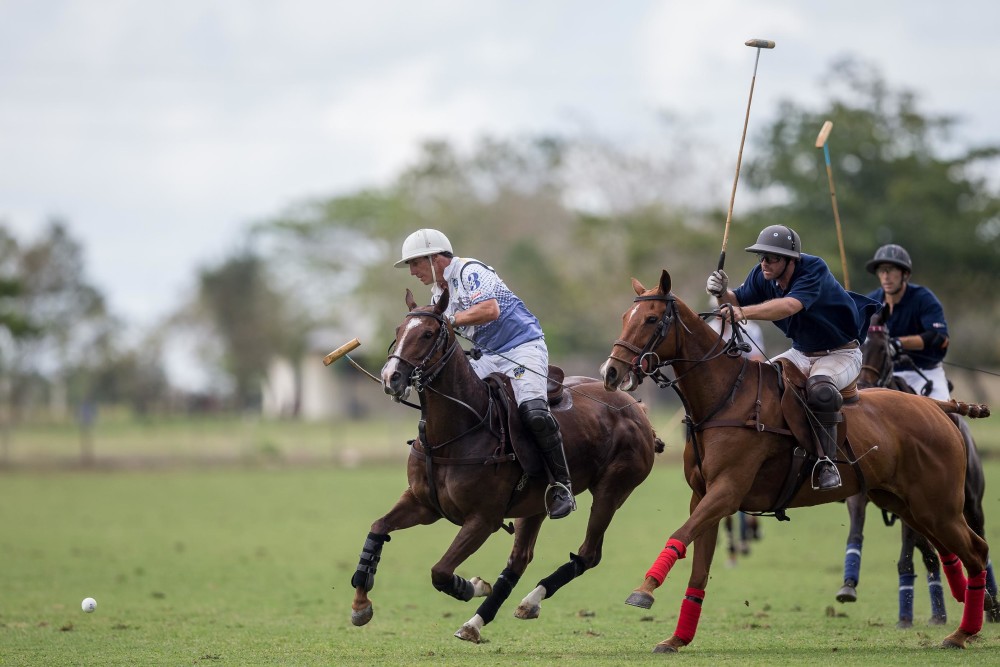 Lechuza had a hard match on their hands with Samanes reluctant to slip silently into the night. All four Samanes players gave 110% in their quest to get to Saturday’s grand Gold Cup final. Toccalino was superlative, handling impossible balls that new no rules of gravity thanks to the rain making the fields challenging for all players. It was Carlos Silva though who really shone today under pressure – 4 goals in the 3,4 & 5th and a couple of them spectacular. Nero was lightning quick and ubiquitous and of course Stirling was another engine running at full power for Lechuza.

The team work and dazzling talent of the La Dolfina duo was too much in the end for the Samanes team and the final score was a respectable 10 – 7, propelling Lechuza once again into the final – this time, The Good Cup.

The Finals are on Saturday in Casa de Campo!!!