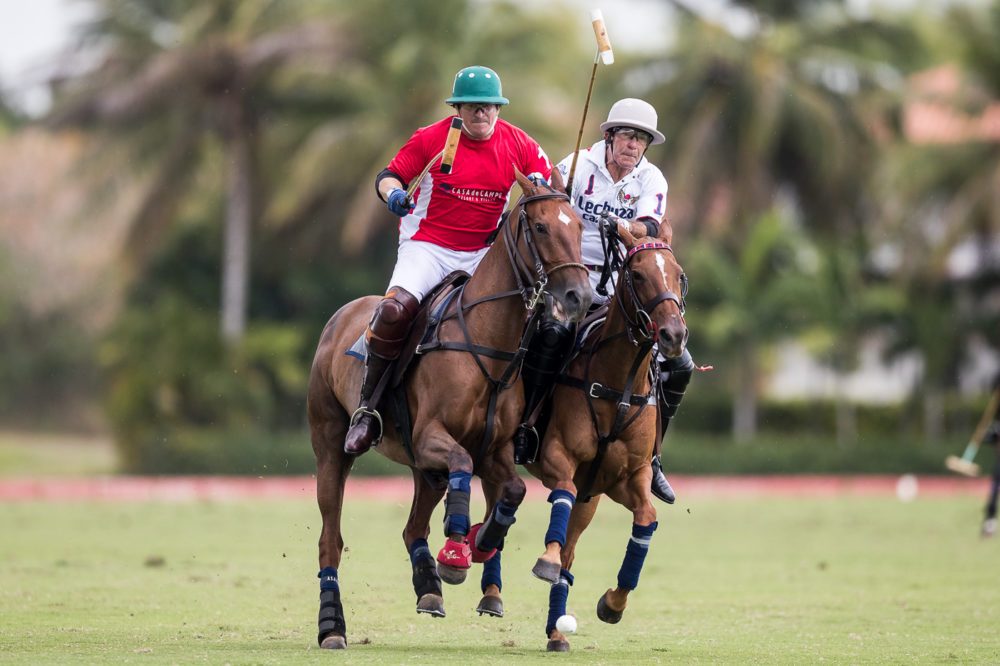 The defining stage of the Gold Cup, the third trophy of the Polo Challenge RD 2017, kicked off yesterday with a match between Cinque Terre and HB Polo. The latter, that had a great performance during the tournament, seems to have lost confidence after their first defeat against Lechuza Caracas last Saturday.

Cinque Terre played at its best form, with Cubi Toccalino as a coach, and took over the lead from the first chukka. By the end of the second period, they had widened the difference by three goals, 6-3. This continued throughout the match, and by half time, they were 7-4 on the lead. The match ended 11-8 in favor of the Italian team.

Unfortunately, the second match of the day, Lechuza Caracas vs. Casa de Campo, had to be suspended due to weather conditions after a few minutes of play. The match on Friday had a very rowdy start, both teams were determined to attack and there were several goal situations for both. Suddenly, Lechuza, the defending champion stepped up 3-0 over Casa de Campo thanks to two goals by Victor Vargas and one by Juanma Nero, and steadily, they started to turn the game around on their favor. But during that same first chukka, Pancho Bensadon from Casa de Campo, was inspired and decided to make a difference, scoring twice, and closing the period 3-2 just one goal under the Venezuelan team.

After a second chukka on which both teams exchanged goals, they got to the third one with good perspectives. It was then that Pelon Stirling had a great start, on a period that he was arguably the best mounted player and Lechuza widened their advantage over their opponents. Suddenly, Bete Donovan showed up with his first goal of the day and shortened the distances. By halftime, Lechuza was leading 7-5. The match was defined on the 5th chukka, when Victor Vargas’ team shot three goals, and the local’s chances to secure a spot in the finals, were shut off. The match finalized on 12-6 in favor of Lechuza.