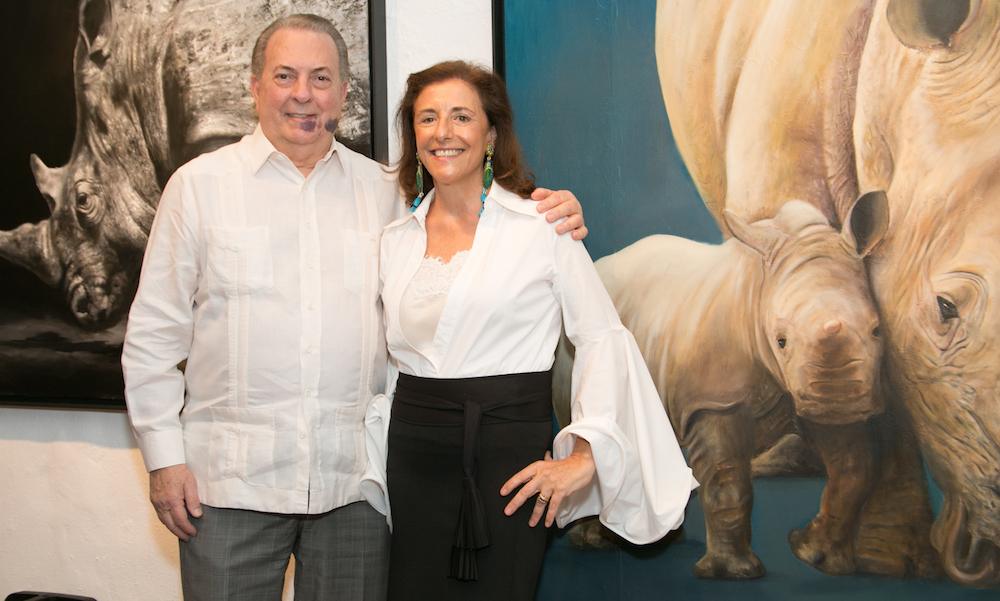 The Altos de Chavón Gallery presented on the night of Friday, April 5, the exhibition of the Spanish visual artist based in Santo Domingo Guiomar Álvarez de Toledo, Pinceladas de Pasión.

Sanil Mercedes who is the Director of The Gallery welcomed the guests on behalf of the Altos de Chavón Cultural Center Foundation and introduced Mr. Eduardo Selmán Hasbún, Minister of Culture who had the responsibility to present the artist.

The activity was enlivened by the Gold Music quartet, thanks to the sponsorship of Casa de Campo, we also had the support of Álvarez and Sánchez and their wines Curve and Casa Brugal and their rum Brugal Extra Viejo and Brugal XV. Personalities from the social and political fields of the country, such as Mrs. Xiomara Menéndez, President Patronato Benéfico Oriental, Jeanette Martínez Lima, Eduardo Selmán, Minister of Culture, Modesto Guzman, Director of Imposdom, Andrés Pichardo, President of Casa de Campo, Miguel Calzada of CTN, among others.

Alvarez de Toledo, who resides from The end of 2017 in the country with her husband, the current ambassador of Spain, defines his exhibition as an experimental office of ideas.

“Pinceladas de pasión” is a portrait of his life where he unites his life’s adventures from the books he reads, his travels, mood and lately the Dominican sky and its intense colors.

She likes to innovate and mix materials of different techniques that already exist and transforms them in a different way creating something new.

This exhibition consists of a total of 27 paintings created by the artist, which include everyday issues of the Dominican Republic and animals that she likes so much.

“I wake up in the morning and what I really want is to start painting. My favorite subjects animals and children, because I like the look and the emotion that they transmit, in what lately I reflect the Dominican child. I like to put people to think and they can read the model I paint “said the artist. For whom it is important to use first quality materials.

Any material used improperly on the fabrics produces, in the long run, unsuspected effects and the work could deteriorate easily and become something ephemeral. She worries a lot and never hesitates to use the best and get optimal results in each work.

“I’m good at what I do because of how happy it makes me do it. For me, art is freedom,” said Álvarez de Toledo.

The following photo gallery was taken during the opening of the Pinceladas de Pasión exhibition on Friday, April 5 courtesy of Chavón School of Design:

And taken by Mairobi Herrera: