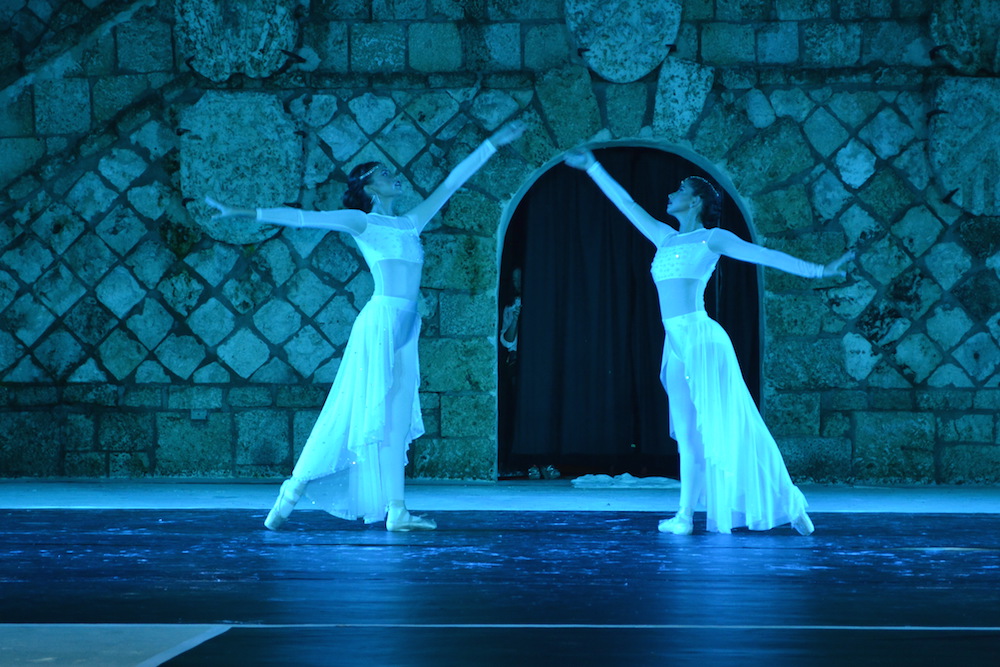 This presentation has become an annual tradition for all the Casa de Campo and La Romana community, and year after year it just gets better and better! The dedication and discipline of the girls is visible and is magnified by the multi-colored lights of the Altos de Chavon amphiteater, as well as by their smiles and enthusiasm from the stage.

The ballet performance and interpretation of “La Bayadère”, directed by Ivonne Zeller, was enchanting and had everybody, adults and children, with their eyes glued to the stage. The girls looked beautiful in their costumes and headpieces, which remained true to the story’s setting in India. It told the heartbreaking story of the bayadère (meaning The Temple Dancer or The Temple Maiden), Nikiya.

The crowd was amused and even more animated when the tempo of the recital took a contemporary turn when girls danced to songs like “Hit me baby,” “Bang Bang,” and “I Got a Feeling”. Not to mention, the little girls’ absolutely adorable pink and blue tutus were a crowd pleaser!

What makes this yearly event very special and impactful is its fundraising for the “Hogar de Ancianos Padre Abreu” (Elderly person’s home) in La Romana. This charitable contribution has been taking place since Elizabeth P. de Zeller (Tia Eli) founded the Ballet Academy over 40 years ago.

Well done girls! Congratulations to each and every one of you; you were spectacular!

The following photos were taken by Mariana Heredia at the “La Beyadère” Ballet Performance on Saturday, December 3rd: