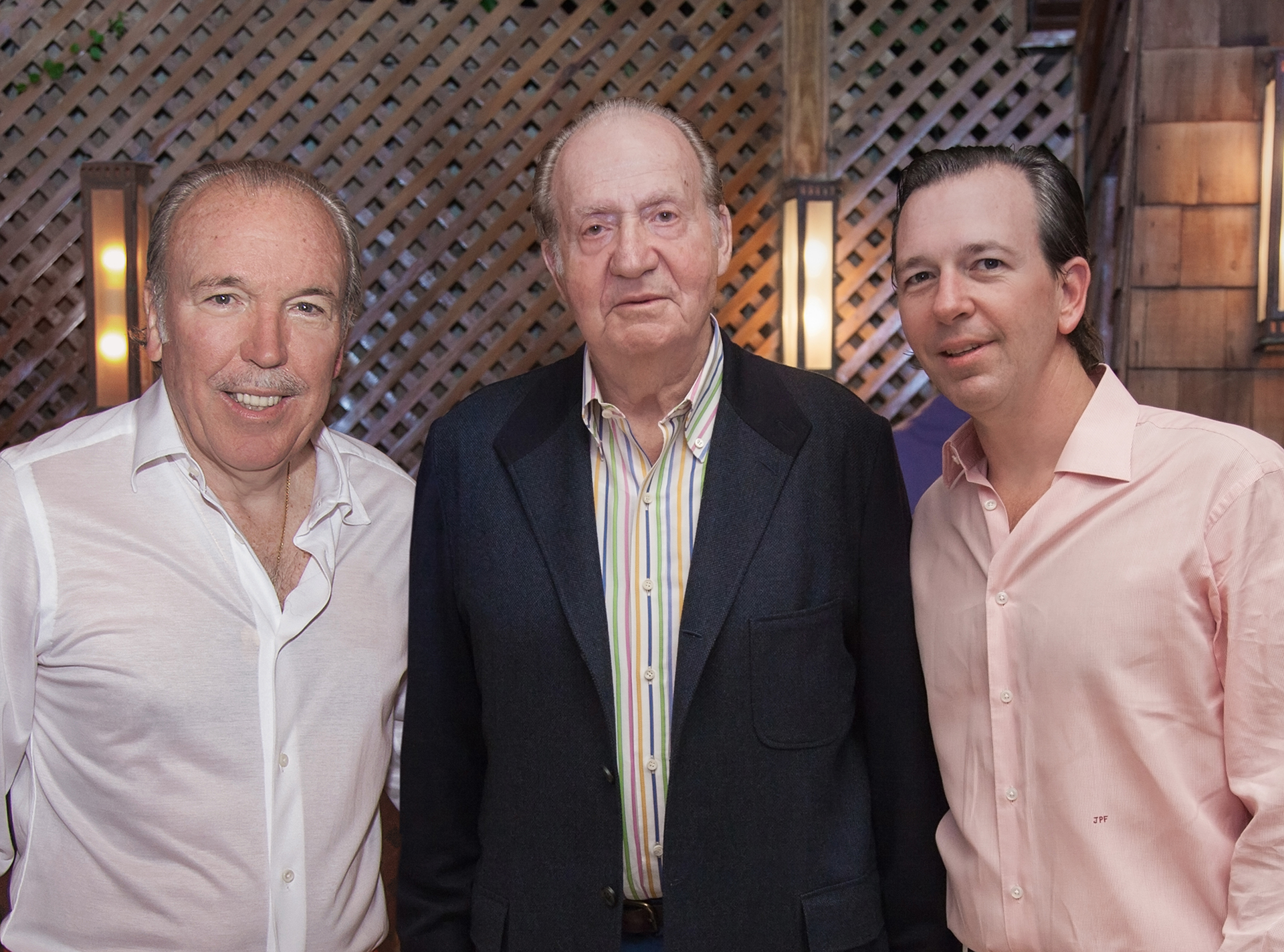 At the end of February, Casa de Campo was honored to be visited by His Majesty King Juan I Carlos of Spain, a close personal friend of Pepe Fanjul for more than 50 years.

Speaking to Pepe Fanjul about the visit of HM King Juan Carlos I, Pepe told Casa de Campo Living “I never discuss my private conversations with the King”, however he did assure us that the King thoroughly enjoyed his vacation in Casa de Campo.

One afternoon, Pepe Fanjul hosted a lunch at Casa Grande in his honor. The open-air occasion was also attended by president of the Dominican Republic, Danilo Medina who sat to the right side of His Majesty, while Pepe Fanjul was seated to his left.

Among the other distinguished guests at Casa Grande were important members of the British establishment, including Lord Charles Spencer-Churchill and his wife, Lady Sarah as well as Viscount Astor with Lady Annabel. Shooting enthusiasts, Lord Charles Spencer-Churchill and Viscount Astor have been frequent visitors of Casa de Campo over the years, where alongside Pepe they have enjoyed Casa de Campo’s impressive shooting facilities. Casa’s shooting facility boasts a Sporting Clays circuit of more than 200 stations, 2 pigeon rings with Barnaby traps, 1 Colombaire style pigeon ring and a skeet and trap facility. While a short 10 minute helicopter ride, or 25 minute drive outside of the resort lies Rancho Peligro, a private wilderness reserve for European-style Driven Bird Shooting with 6 different drive locations for showing the best possible birds.

Taking place on Saturday April 4th, with celebrations and activities throughout the day from 11am to 7pm, the finals of the 11th annual Casa de Campo Copa Semana Santa polo tournament hosted by CasaLife Magazine are being sponsored by Veuve Clicquot, Stella Artois, Azimut and Casa de Campo.