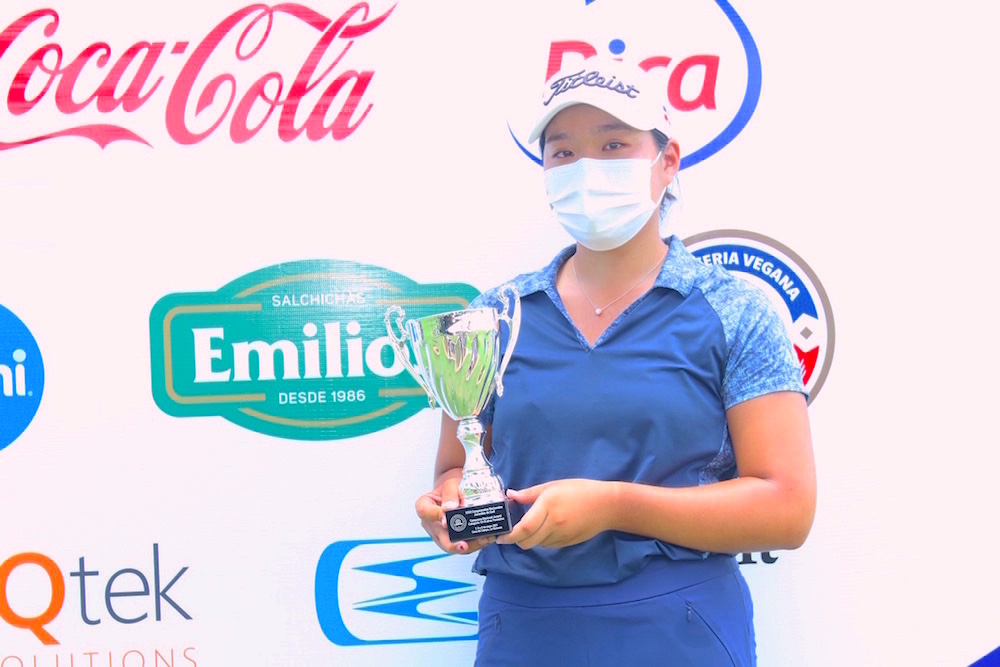 Athletes Kevin Rodríguez and Stephany Kim won the National Junior Championships, an event organized by the Dominican Golf Federation (Fedogolf), held at the Dientes de Perro and The Links courses in Casa de Campo between Friday and Sunday, with more than 70 children between 4 and 18 years old.

Rodríguez, promise of Dominican golf, was the champion in the 15-18 with scores of 73 + 75 + 74, while the renowned golfer Kim with 78 + 77 wins the category for the fourth year in a row, and is preparing to continue with her career sports at a prestigious university in the USA. We highlight the participation of Aydan Downer who scored a 71, as the best score of the event.

For his part, Rodrigo Huerta stood out again in the 13-14 category with a total of 159 strokes in two rounds, and with the best score in his category with 74 on his first day, followed by the young Gonzalo Sánchez, in a very competed.

Omar Faruk Elías, with great performance, was the champion in 11-12 with 155, escorted by Michael Ávila from Puerto Rico, in a very high-level group, where Juan Tomas Herrera, Waldo Aguasvivas, and Marcos Betances also stood out. .

José Miguel Chevalier was the 9-10 champion with 87 clubs in two rounds, followed by Alejandro Balbuena, runner-up with 90, and José Manuel Herrera, who registered the best score in the category, with 42 on his first day.

Adrián Komnatnyi stood out as national champion in category 7-8, with a very good performance by Arthur Reale and in category 4-6 Luís Manuel Peralta took first place with excellent scores, highlighting the participation of Diego Columna and Felipe Troncoso, who enjoyed their first participation with great enthusiasm.

In the female 13-14 category, the young promise Mar Aybar Álvarez was the champion with cards of 89 + 91, and Suhyeon Kim was runner-up, in a group with very good participation.

The experienced María Fernanda Fernández led the 11-12 category, while the runner-up was Shania Brigitte Reyes, with Shanel Rodríguez also standing out, with very good participation on her first day.

María José Ramírez was the champion in the 9-10 with a very good performance in the two rounds, and in second place was Ana Paula Fernández.

The event had as general director Juan Delgado and Rafael Canario was the rules judge.

Information and photos courtesy of Fedogolf