Juan José Guerra once again demonstrated his quality as a professional and won for the second year in a row the National Championships, which this year version 54 was played in the fields of Teeth of the Dog and The Links, within Casa de Campo, an event that had a number player record with 206.

Stephany Kim, who also won last year, became a double champion in 2021, winning in youth in May and in seniors now in June, in the event that had the Banreservas Mastercard Cards as the official sponsor.

Guerra finished four rounds of 71 + 70 + 66 + 72, totaling 279. The barbarian of “Juanjo”, in the third round, shot a 66, the best score of the event, which had Dominican and foreign players, from countries like Argentina, Venezuela, the United States, and Puerto Rico.

Jero Esteve was the champion in category A, totaling 287 in four rounds, in the AA, Alberto Menicucci was the best with 317, while in the Mid-Amateur, Javier De Zengotita won with 308 shots. 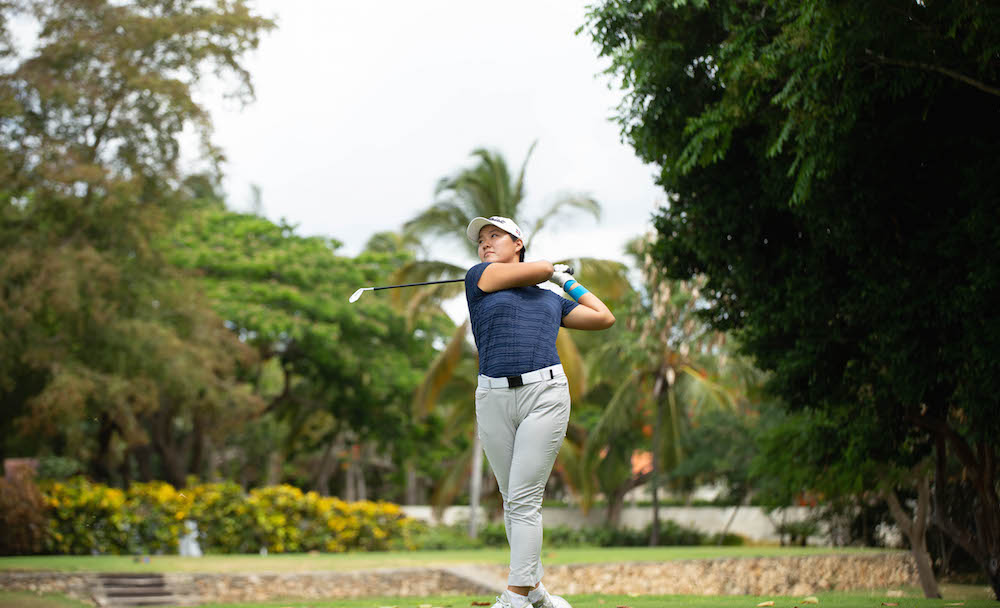 Héctor Henríquez, in three rounds, dominated Senior B, after finishing with 86 + 86 + 79. Maireni Bournigal continues to achieve success in her golfing career and once again wins the National Championships, this time in Super Senior A, with cards of 81 + 78 + 74. Maireni has won 13 championships in a row, Fedogolf reported to the press.

Mark McCullough, from Puerto Plata Golf Club, won the Super Senior B, with 246 strokes. Manuel Cohen, with 106 points, dominated category D, which was played at Stableford, as did José Suero, who conquered Senior C in the same modality, compiling 104 in three rounds.

It is worth mentioning that the professional category in the National Championships adds points for the Canita Tour, which gives spot for the PGA Tour de Corales Punta Cana tournament.

It is the first time in the history of Fedogolf that 206 players have participated in the National Championships, a record number in Dominican golf.

2-Stephany Kim, double national champion, in youth and in majors.