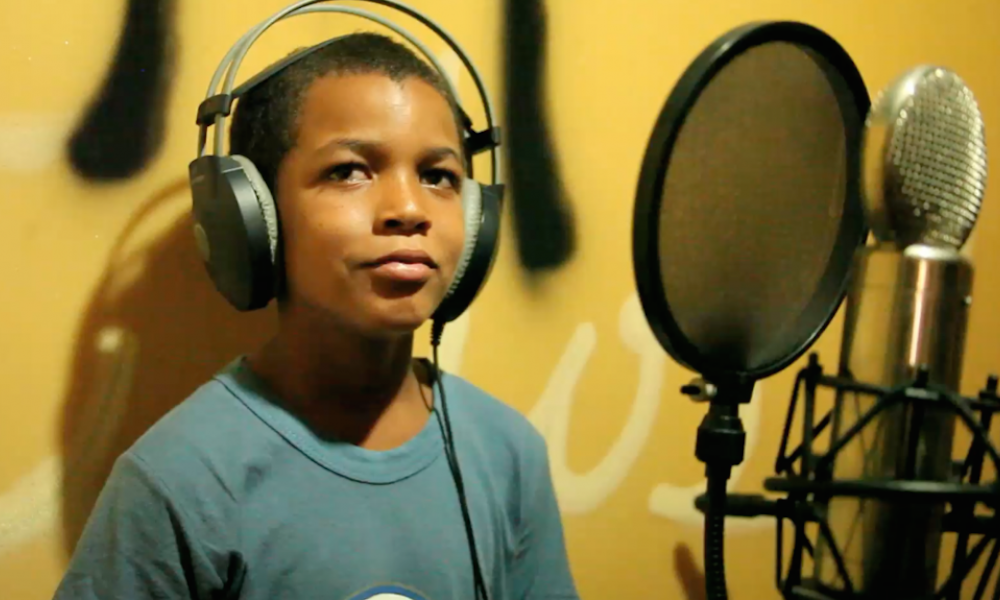 The Dirección General de Cine, Chavon School of Design, and Casa de Campo invite you to enjoy another screening under the stars at the world renown amphitheater! The open air cinema will be showing Jeffrey Thursday, March 15th!

Jeffrey, written, directed, and produced by Dominican Yanillys Pérez, will be the fourth screening that the new outdoor cinema has put on.  Each month, the Dirección General de Cine, Chavón School of Design, and Casa de Campo brings the community a new Dominican film for our viewing pleasure! The amphitheater is the perfect setting, bringing in a large inflatable screen and even a popcorn machine!

Jeffrey follows the story of a 12 year old windshield washer living in Santo Domingo with big dreams of becoming a reggaeton star. The film follows Jeffrey and his brother through day to day life solving family problems before chasing his dream.

Jeffrey has been played at film festivals around the world, winning the Discovery Award at the Toronto Film Festival in September of 2016, a big accomplishment for Pérez who dedicated four years to the creation of this documentary.  Pérez was inspired to make this film because she has always been confused as to why people ignore these poor children working in the streets treat them like parasites. She has always wondered why they are forced to skip childhood and what happens to their dreams. The film is about chasing the dream, regardless of your situation.

Be sure to join Yanillys Pérez next Thursday, March 15th, for the showing of Jeffrey in Chavón’s open air cinema in the amphitheater! 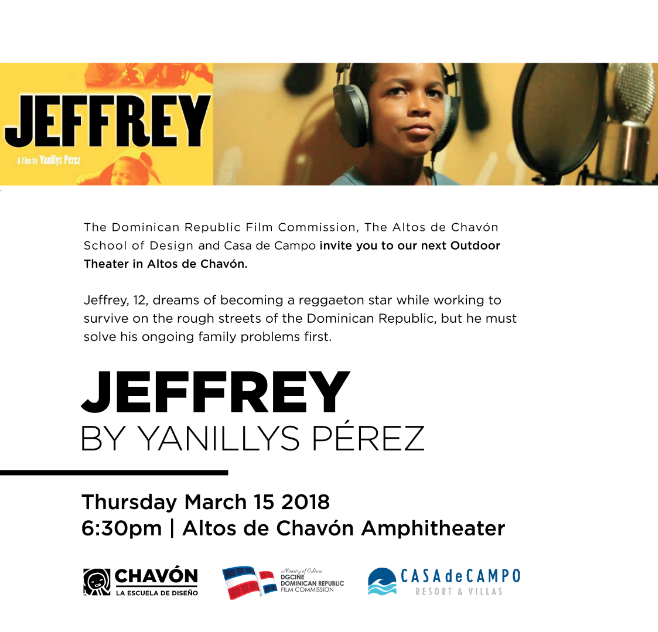