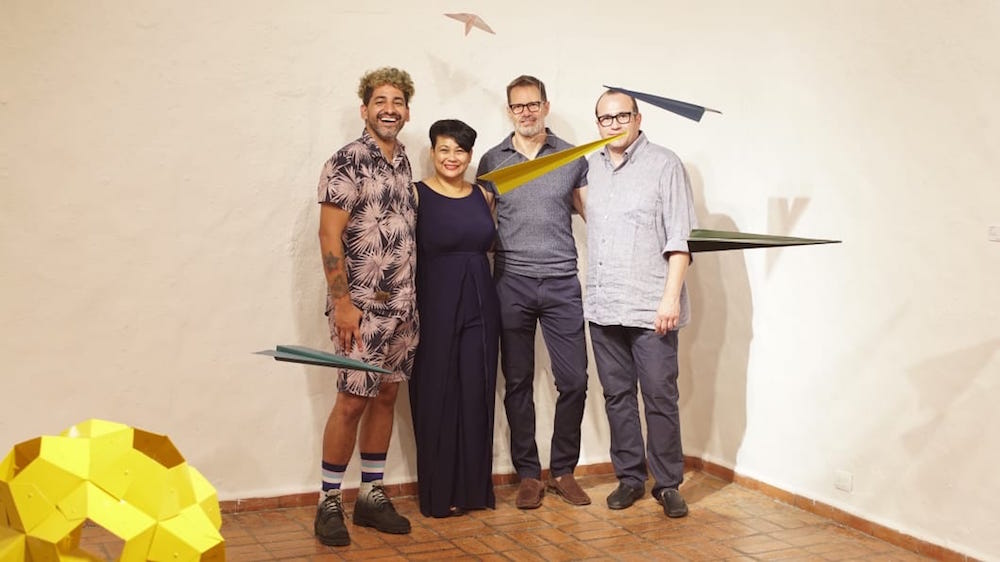 The Venezuelan artist Javier Miranda, is in the Dominican Republic exhibiting his work for the first time, with the exhibition “Geometry of color”. From Wednesday, July 17 to Monday, August 12, at the Altos de Chavón gallery in Casa de Campo will present his 30-piece exhibition inspired by the ancient Japanese art of origami.

Worked in different materials such as copper, wood, bronze and polychrome metal, Miranda’s sculptures are characterized by the use of series, repetitions, folds, diagrams, lights and shadows to create the illusion of movement or displacement, making this a unique work in his style.

The pieces multiplied at different scales evolving through the changes of light and the position of the viewer, conceiving a dynamic surface that transforms these structures into sensations. The art researcher and curator of the work Lunes Rodriguez Coronel, says that “with Geometry of color, Miranda appropriates the new dimensions of the world, a world that has lost its center, a world that replicates, that decomposes and recomposes and it is constantly cloned. He knows how to master the reinvention of this rich, dynamic and harmonious universe. ”

After being awarded important recognitions in the international artistic field, Javier Miranda arrives for the first time in the Dominican Republic with the support of General de Seguros, Banco Atlántico, AFP atlantico, among other national companies.

Below a gallery of photos taken by William Tuesca and Sanil Duvergé during the opening of the exhibition “Geometry of color” by Javier Miranda on Wednesday June 17:

Plastic artist graduated from the Arturo Michelena School of Plastic Arts, in Valencia – Venezuela. Icon of paper folding in the country, representative in Japan of Venezuela for nine years in the area of ​​origami, exponent in fourteen origami conferences worldwide. Professor at the University of Carabobo in the Faculty of Science and Technology, 2008-2012. Illustrator for different media in the city of Valencia – Venezuela and director of the Magazine 360 ​​° Tourism and Recreation, Year 2009 – 2015. Valencia – Venezuela.