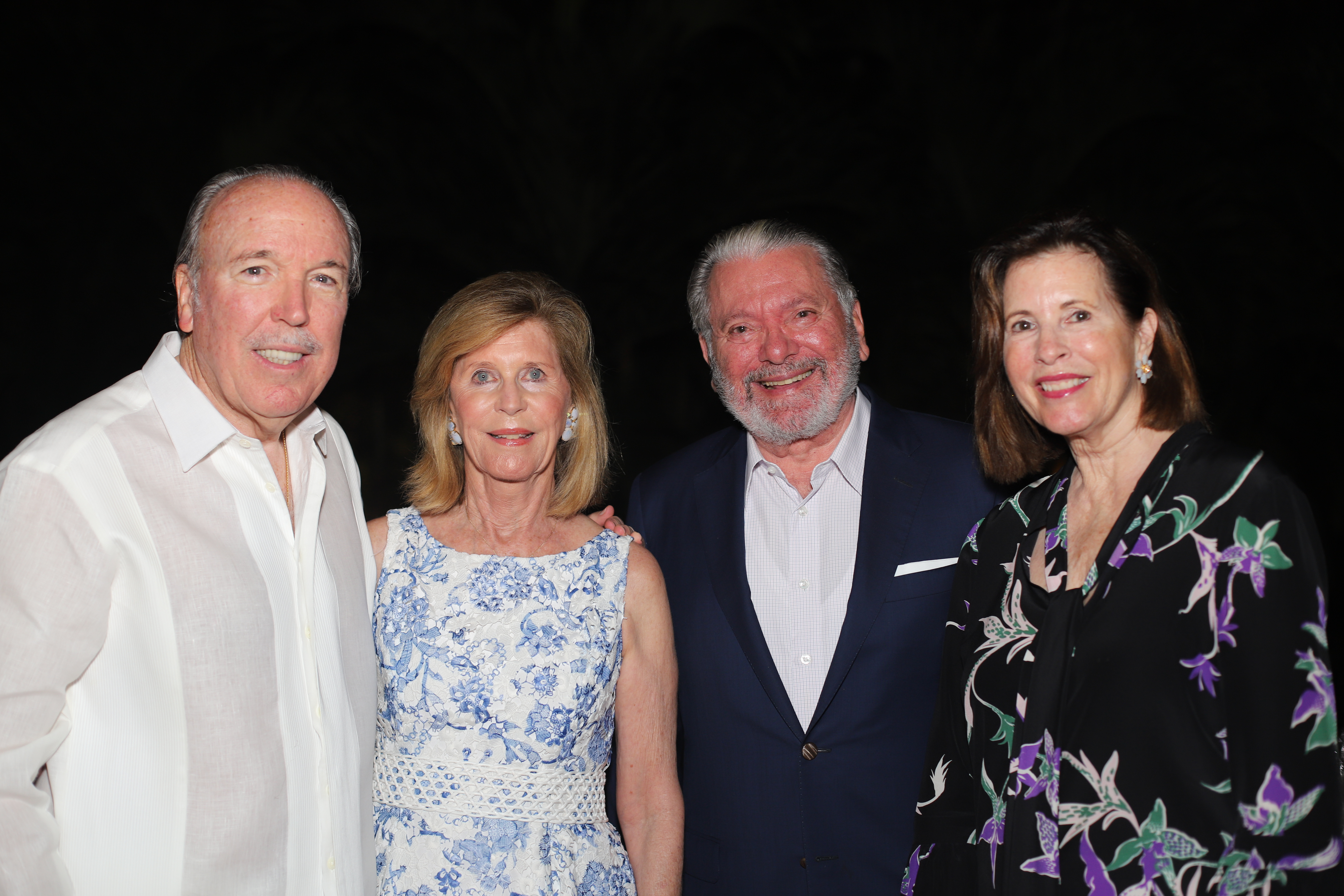 Last week, on Sunday, December 29th, Mrs. Emilia and J.Pepe Fanjul hosted their traditional annual cocktail at their oceanside Casa de Campo estate, Casa Grande, where guests were welcomed at sunset with live music and a glass of sparkling wine. This event is held in support of the Fundación MIR and the Hogar del Niño where the funds raised will be split equally between both institutions.

The elegant occasion started at 6.30 pm, where guests were received by a group of adorable children telling them about the raffle that would be happening during the night and were treated to the most spectacular view of the sunset as the sun melted into the ocean. Coming into the terrace attendees were able to see on display the various items that had been donated for the event by Everett Designs, Carolina Herrera, Jenny Polanco and a beautiful piece by Oscar de la Renta amongst others.

Guests enjoyed an endless stream of drinks, whilst they mingled outside in starlit terrace and talked about what they had done so far during the holiday season. At around 8:30 pm, J.Pepe Fanjul got up on the podium and served as the animated master of ceremony, and opened a “cash call” where several guests donated money for the charities followed by the raffle where lucky winners went home with their beautiful prizes.

The funds raised during the cocktail have contributed greatly to the development of the programs of the Mir Foundation and the Hogar del Niño, whose mission is to help children and their families in La Romana, identifying and attending to their needs, through educational services and collaboration programs.

Both the Fundación MIR and the Hogar del Niño have their annual fundraising celebrations coming up soon – the Fundación MIR Magical Splendor next Saturday, January 18th at Casa Grande and will feature a fashion show with Naeem Khan, meanwhile, the Hogar del Niño Weekend will take place on Friday and Saturday the 14th and 15th of February. So save the date and we hope to see you all at both celebrations!