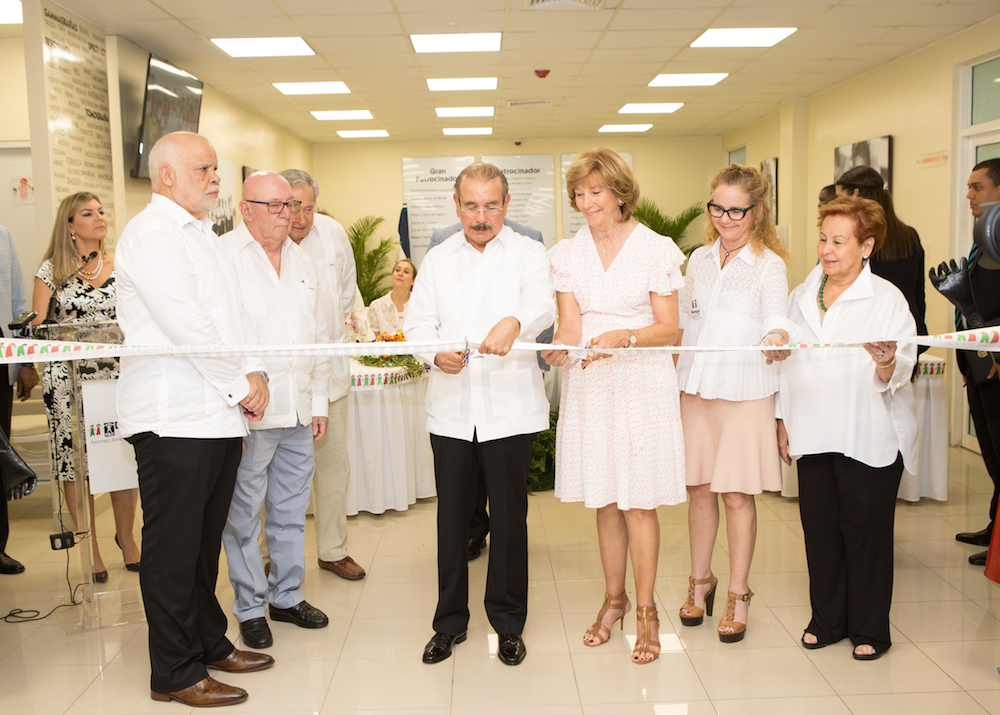 The medical imaging center Diagnóstica Social whose total investment in equipment exceeds US$ 6,000,000 million, inaugurated with the presence of President Danilo Medina its new and renovated site located next to the hospital complex of the Central Romana company.

Among the new equipment that Diagnóstica Social has is the first and only Symbia Intevo Bold gamma camera with 16-slice nuclear medicine tomography installed in the Dominican Republic, which provides high-performance advanced imaging and specialized technology for early cancer diagnosis. A 128-slice Somatom Definition Edge tomograph has also been installed, first in the country and unique in the Eastern region for computed tomography, which is complemented with all advanced cardiology studies.

Diagnóstica Social is one of the projects sponsored by the Patronato Benéfico Oriental, a nonprofit institution for the development of education, health, and sustainability of vulnerable communities in the La Romana province and other towns in the Eastern region of the country. The construction, which amounted to more than US $ 1,200,000.00, was carried out by the Engineering Department of the Central Romana company.

“Our geographical location as a tourist destination, which is easily accessible by land, air or sea, allows us to provide the stabilization of a patient in our Central Romana Medical Center and perform all the required studies in Diagnóstica Social, and immediately share those results in Real-time with a board of doctors at any hospital in the world,” said Dr. José López. “We are putting at the service of all the people who reside in our country or tourists who visit us, the most modern image center in the Eastern region and one of the main ones in the Dominican Republic.” As highlighted in the press release sent to the press, statistics show that 9% of people who underwent specialized studies in said center during 2018 were social work, at no cost to patients.

During the event, the team of doctors from the Central Romana Medical Center who have been trained in the United States by the Baptist Hospital group of Florida, to handle cases of workers of the company with critical vascular brain accidents was treated with TPA fibrinolysis were introduced to the public. Another one of the new equipment that Social Diagnostics has are the X-Ray Multi Fusion and the Mammot Inspiration, a modern digital mammograph that prints less pressure on the breast and provides an unmatched image quality.

In addition, the center continues to offer magnetic resonance studies with the new General Electric resonator of 1.5 Teslas, and also with open magnetic resonance equipment, which prevents the sensation encapsulated in the patient. Bone densitometry studies, sonography, dopplers, and 3D obstetric sonograph are also performed.

Photos and information courtesy of the Patronato Benéfico Oriental: