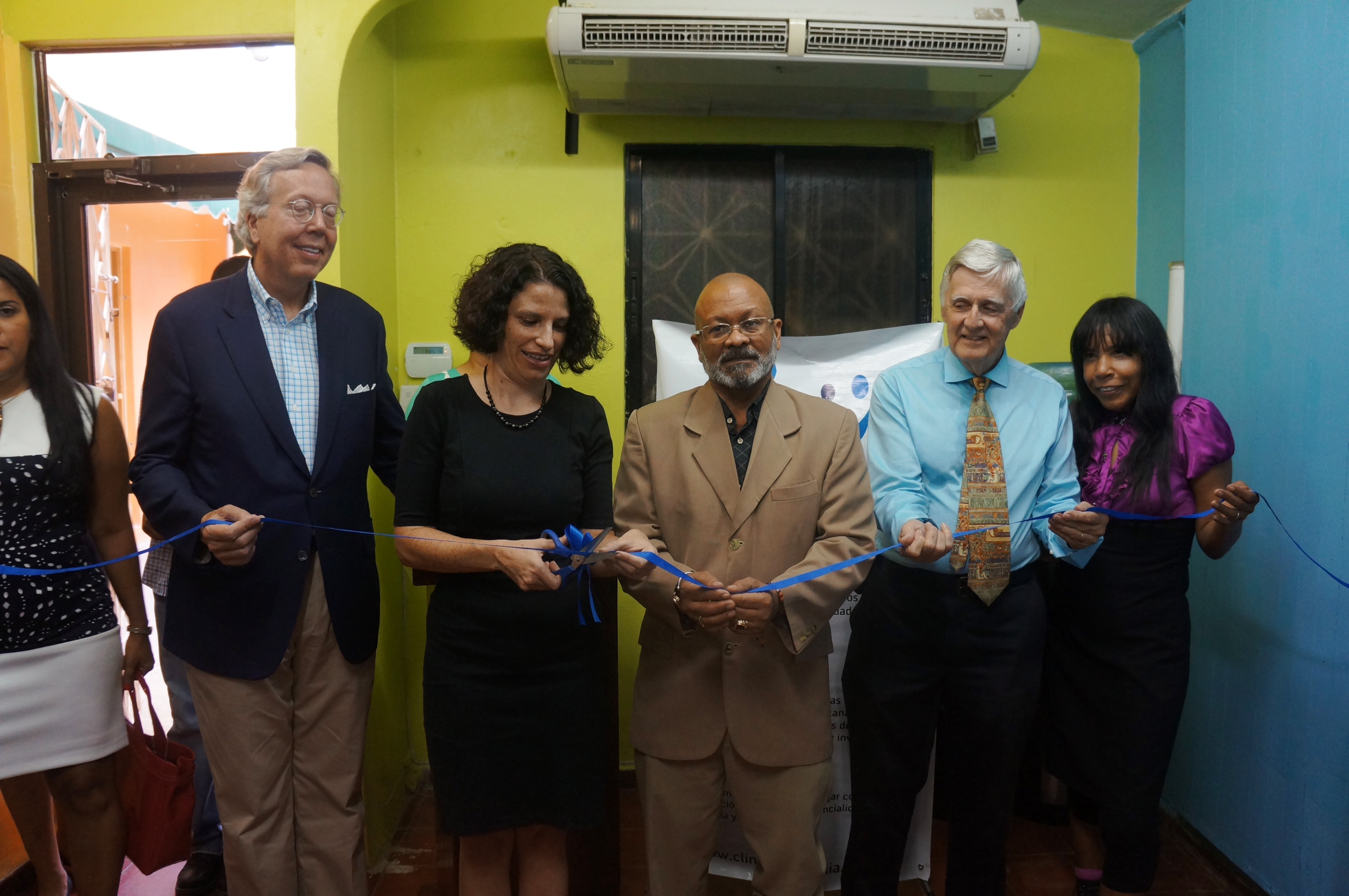 On the 1st of August, the re-opening of Clínica de Familia La Romana was celebrated.

The facility was reopened after reconstruction of their amenities, including installation of solar panels. Now, Clínica de Familia La Romana is back better than ever!

Before the reconstruction of this health care center in La Romana, pregnant women had to take the stairs up to a second floor in order to consult a physician and then go back down and walk into the other building in order to get a sonography. Now, all of the services required by pregnant women are provided in the first floor and in the same area.

Another change that improves the services for users, is that all consultation rooms are located in the same building, which allows the doctors to communicate between each other more efficiently and collaborate with each other. In addition, each doctor now has their own consultation office; a convenience that was not available before which meant that the doctors had to share consultation offices with assigned schedules.

The new facility now also offers consultations about nutrition, diabetes and cardiology, as well as EKG (electrocardiogram) machines and colposcopies.

Last year, Clínica de Familia La Romana received the award “Brugal Cree en su Gente” in the health category, given by Fundación Brugal, which is what made possible the refurbishing of the amenities that were reopened on Friday.

Meanwhile, the solar panels installed in the center were donated by Dr. Andrew Dean and Dr. Consuelo Beck-Sagué. This new addition has not only improved the physical state of the buildings, but it also improved the efficiency of the services provided.

The Solar panels will reduce the cost of electricity in the clinic, and the managers of this health care center, will use the funds for even further expansion and improvements of their services and the facilities.

The aim of this institution is to be able to aid the largest number of people possible, and that is why the managers are constantly looking for ways to keep improving.

Thanks to the improvement of the amenities, the Clínica de Familia La Romana will no longer close at noon, and on Tuesdays it will be open extra hours.