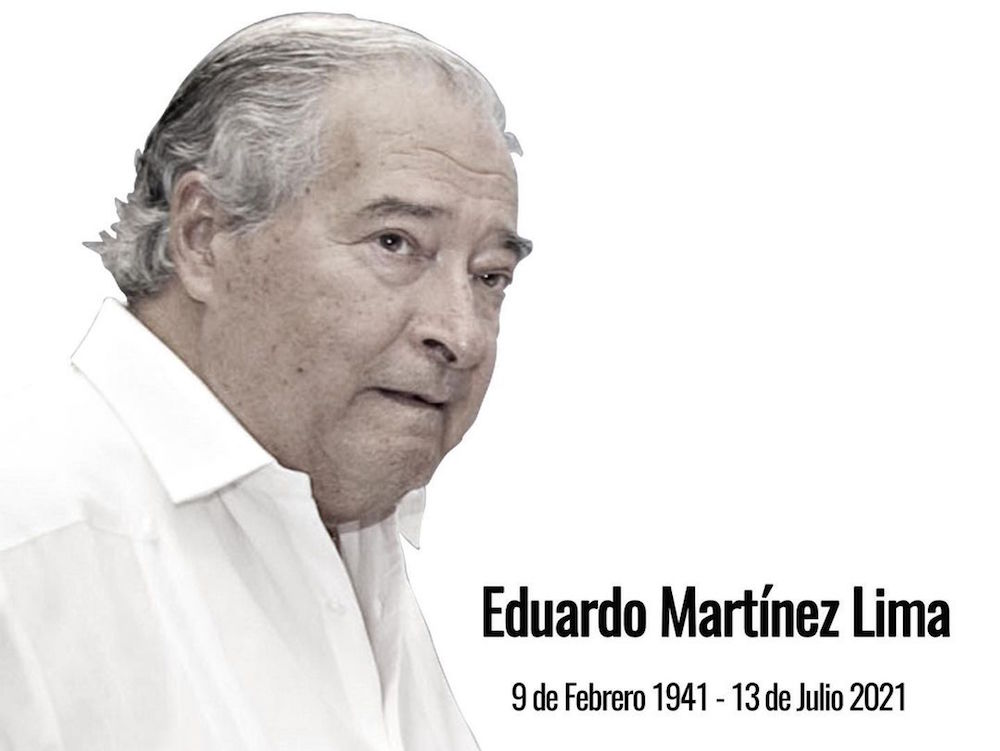 It is with great sadness that we bring you the news of the death of Mr. Eduardo Martínez-Lima, 80 years old. The Board of Directors of Central Romana Corporation, Ltd. expresses its deepest regret for the death of one of its Members, engineer Eduardo Martínez Lima, Executive Vice President of our company.

For almost 55 years, Don Eduardo dedicated his life, knowledge, and talent to the growth and development of our company, its positive impact in La Romana and the Eastern region, as well as the thousands of collaborators who work in it.

He is survived by his wife Jeannette, his children Johanna, Eduardo, and Alejandro, as well as his granddaughters and grandson.

We extend our condolences to his family at this time of grief and respect his desire to commemorate the funeral service in strict family privacy, taking into account current conditions.

In the next few days, a mass will be announced in memory of his life, for the participation of all his friends and relatives.