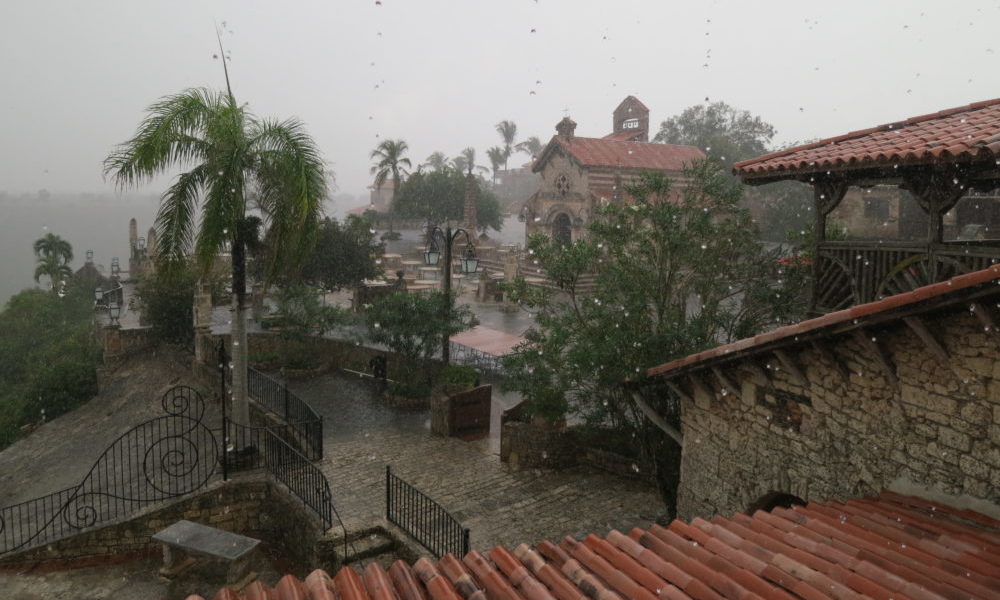 Last week on June 1st, the start of  the 2017 “Hurricane Season” began. Some of you might question how is that possible since it’s been so incredibly hot lately?! Well, coming into hurricane season doesn’t mean constant rain — it just means that when it does rain it’ll be stronger and more consistent than other times of the year. We plan on staying on top of potential hurricane developments as Casa de Campo can get hit hard at certain points of the year.

The Atlantic hurricane season extends from June 1st through November the 30th with the most ‘active’ months in the Dominican Republic typically being August, September, and October. September has proven to be the ‘peak’ month for hurricanes, tropical storms, and heavy rains. You’ll recall Hurricane George’s extensive damage within the resort that fell back in September of 1998.

ONAMET, the Dominican Republics official meteorology office has reported the following: “Researcher Philip Klotzbach and his team of experts at the University of Colorado in its most recent forecast indicate the formation of 11 named cyclones (tropical storms), of which 4 would reach the category of hurricane, and of these, 2 are considered to be intense, according to statistical studies of more than 30 years in the history of cyclones in the region.” It also goes on and to indicate that the probability of a hurricane hitting the Caribbean is actually lower than last year but that this doesn’t mean that we shouldn’t be prepared and informed in case this changes.

Casa de Campo Living also checked the forecast at the National Hurricane Centre and it reports that for the North Atlantic, Caribbean Sea, and the Gulf of Mexico no tropical cyclone formations are expected over the next 5 days (as seen in the map above). Last year, we posted a series of tips on how to prepare your home for Hurricane Season, but we also encourage you to check out the brochure prepared by ONAMET.

While we are invariably affected by some bad weather associated with hurricanes passing typically in the North, they do not normally make landfall; however, it’s important to be prepared. The names of the 11 named storms by ONAMET are: Arlene, Bret, Cindy, Don, Emily, Franklin, Gert, Harvey, Irma, José, Katia, Lee, Maria, Nate, Ophelia, Philipe, Rina, Seam, Tamy, Vince, Witney.