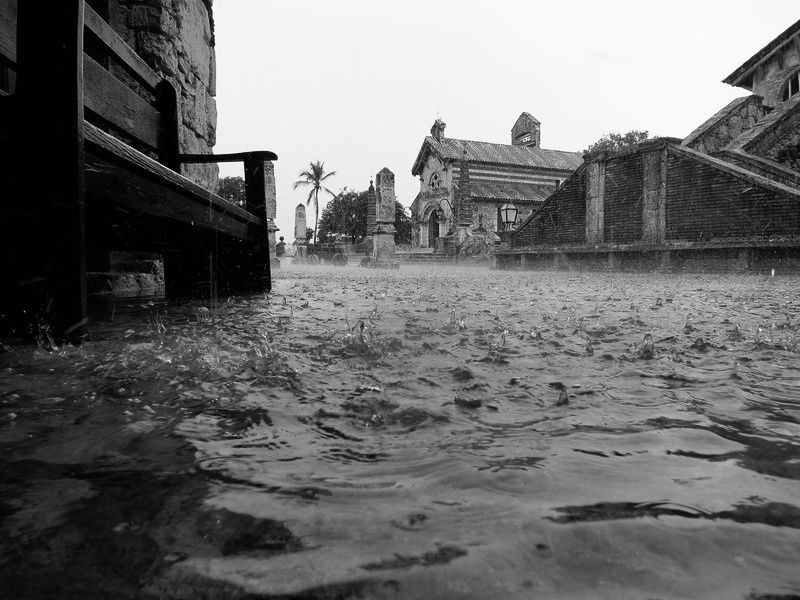 On the brink of the start of Atlantic Hurricane Season 2015, we thought you may be interested to know that predictions indicate fewer hurricanes and storms than average.

Despite common misconceptions, the “dreaded” hurricane season is actually not so bad here in the Dominican Republic. During a typical hurricane it’s still much more sunny than it is rainy, and hurricanes don’t normally make landfall here…

And secondly, and perhaps most surprisingly, “peak” hurricane season in the La Romana – August, September and October – does not actually mean endless days of rain, it just means that when it does rain it is much heavier and windier than during the winter months. So although we can expect the occasional blustery, rainy and stormy weather, the sun will continue to shine more often that not.

Nevertheless I’m sure you’re all interested in what the Atlantic Hurricane Season 2015 (June 1st – November 30th 2015) has in store.

Every year The Weather Channel (www.weather.com) publishes a “pre-season forecast”, and this year it is as follows:

These forecast numbers are below the long-term average of 12 named storms, 7 hurricanes, 3 major hurricanes.

Revised predictions for the Atlantic Hurricane Season 2015 will be published in mid-June.

The reason for the predicted “less active” season is due to the occurrence of “El Niño” (a periodic warming of the equatorial Pacific waters).

Dr. Crawford of The Weather Channel says, “a new El Niño event is emerging that will likely be stronger than last year’s weaker event. The cooler ocean temperatures and subsidence/shear associated with the El Niño event will likely be a deterrent for widespread tropical cyclone development in the Atlantic.”

Yes and no… remember that although meteorologists are now able to accurately predict the approximate number of named storms that will develop in any given season, they are not able to predict where (and if) these storms will make landfall – which means that anyone living (or vacationing in) an area affected by hurricanes (yes that’s us in the Dominican Republic) must be prepared.

We must also remember that a “less-active” hurricane season does not necessarily mean it will be any less destructive.

I find the “names” of storms amusing, and so in case you do too, here is the 2015 Atlantic Hurricane Season list of names:

We at Casa de Campo Living will do our best to keep you informed, but we recommend the following links for keeping extra-informed: