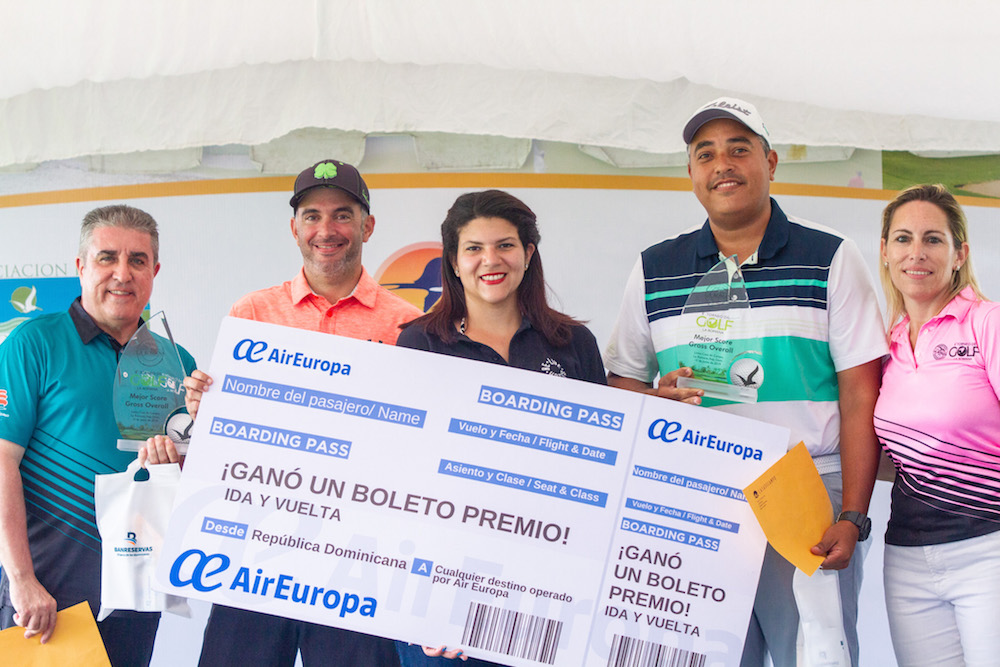 The Hotel Association and the La Romana Bayahíbe Tourist Cluster, celebrated their 8th Golf Tournament, with the participation of a group of passionate about this sport, at the facilities of the Links golf course in the Casa de Campo complex, where they were crowned champions Juan Marcos Yúnez and Tomás Hernández of the best Gross Overall Score.

This eighth edition was dedicated to Juan José Hidalgo, Spanish businessman, president of the Globalia Group, represented in the country by his brands Air Europa and Be Live Hotels, for being a pioneer in the development of tourism in the La Romana destination and for his constant contributions the growth of the country’s tourism industry.

Andrés Fernández, president of the Hotel Association and the La Romana Bayahibe Tourism Cluster, highlighted that the distinction given to Pepe Hidalgo is a recognition for the human quality that has always characterized him and his commitment to the tourism development of the Dominican Republic.

Fernández indicated that Globalia has invested more than US $ 450 million in the country, and has 7 hotels that total more than 3,500 rooms, located in Puerto Plata, Boca Chica, Bayahibe and Punta Cana, and in addition they have important real estate investments.

The event was for the benefit of the Fundación Oncologica del Este, had the participation of more than 100 players, and was developed with the bestball format in pairs with 80% handicap. In first place Neto were winners Carlos Medrano and Paul Guarino, in second place Matias Sanchez and Rafael Blanco and in third place Alberto Cohen and Franz Acevedo.

Likewise, in the Ladies category, Josefina Pichardo and Karina Mabrich were champions in first place and Mary Ledesma and Belen Gomez in second place.