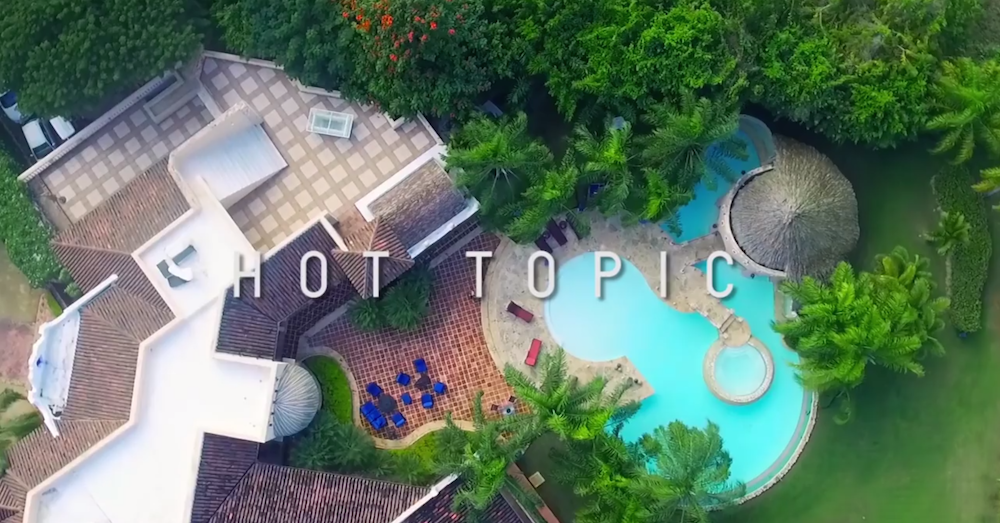 It goes without saying that Casa de Campo has some beautiful locations. Boston rapper, Peep Born thought so too when he decided to film his latest single “Hot Topic” here at none-other than community member Robert García’s villa in Punta Aguila!!

Born collaborated with Migos member Quavo, who’s group just this week soared to the #1 spot on the Billboard Artist 100, to record the single and shoot a video “on an island with pretty girls riding along with [them] on jet skis” (XXL). Now, whereas the jet skis didn’t pan out, what did is aerial shots of Robert García’s lavish home and footage from his Moroccan-style pool and terrace with a slew of attractive, bikini clad models.

The production team fell in love with Robert García’s home, Villa de los Sueños, which sits on the 11th hole of the Teeth of the Dog and is yards away from the Caribbean ocean. 10-foot Arab-styled arched doors lead into the home’s two-floor interior, and Born and Quavo can be seen rapping with handfuls of cash in the Marrakesh-styled courtyard.

García, a celebrity stylist from Miami who operates his salon in Altos de Chavón, says he’s thrilled the artists chose the location and that they may even book a vacation there in the coming weeks! The music video which was directed by Starlyn Javier and produced by Dun Deal, released just last week and already has over 2 million views on YouTube!