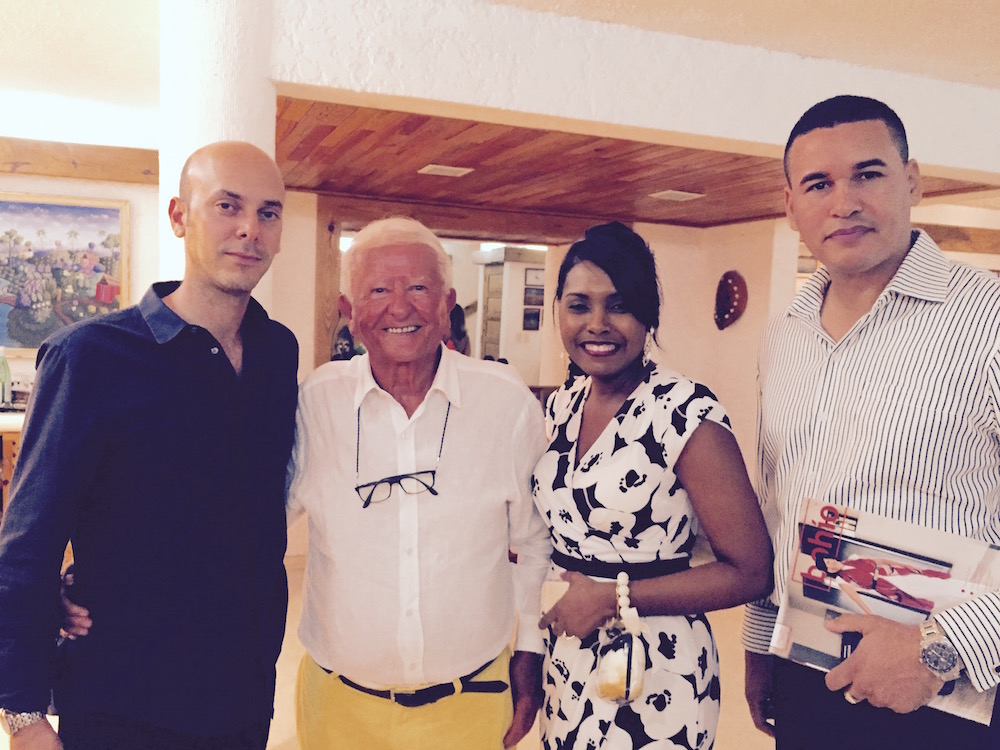 A very ‘Happy Birthday’ goes out to Rudi Spadafora from us here at Casa de Campo Living. The beloved community member and outdoor enthusiast celebrates his 88th birthday! We spoke with his daughter, Marina Spadafora, Director of the Altos School of Design, to get the details on his special day. 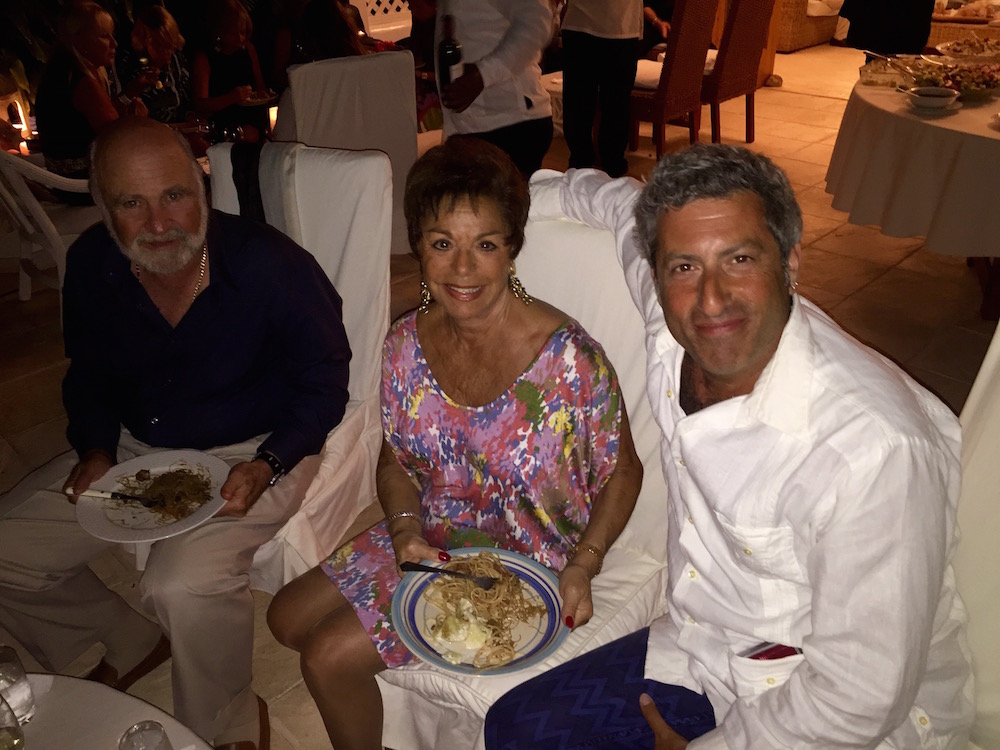 Around 40 guests gathered at the Tennis Villa no. 28 family home last Friday, March 18th and were welcomed by an array of excellent dishes, including fish, Chinese wok, pasta ragù, salad, and cauliflower a la béchamel prepared by their amazing staff. Marina notes that their parties are very informal with usually a buffet style and everyone sitting around at different tables, but what she feels is special about Casa de Campo is it’s cozy and fun atmosphere where everyone has a great time together. The Spadafora family normally spends about 6 months in Casa de Campo and the rest of the year in Italy. Though Rudi is no stranger to Casa! In fact, he frequents the Tennis courts close by, enjoying a very active lifestyle. He knows everyone there including all the boleritos. 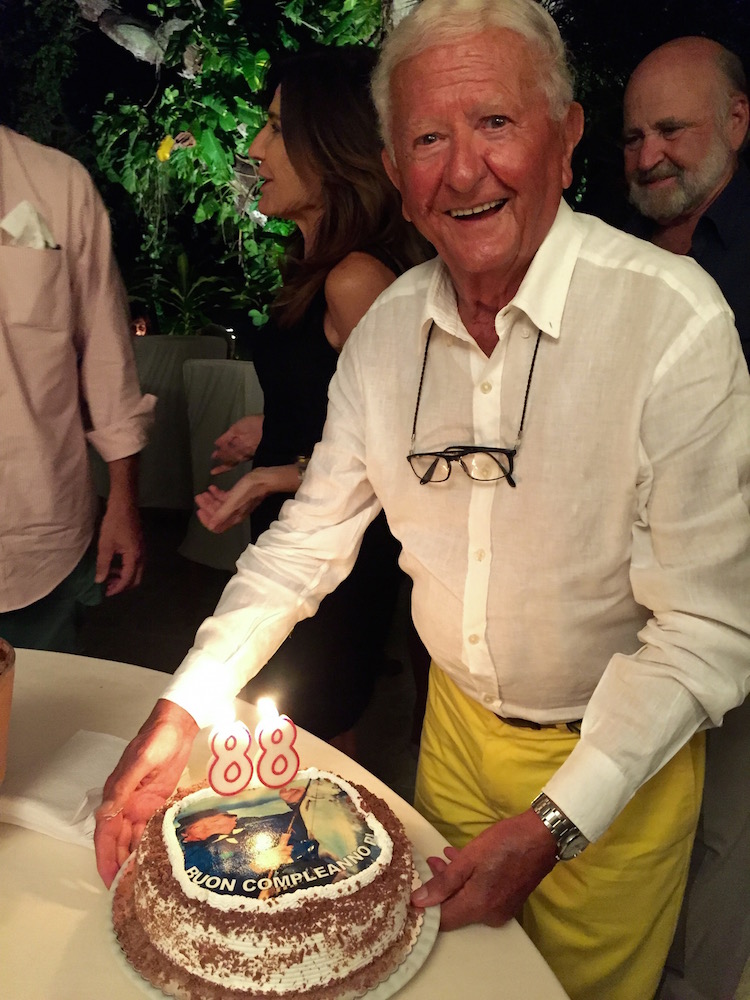 Even at 88, Rudi is still going strong. Up until two years ago he was still skiing in the French Alpes! A competitive ski champion in his younger years, he also enjoys playing golf and fishing. He is a Fly Fishing World Champion who has fished in gorgeous locations such as Alaska, Scotland, Iceland, and Tierra del Fuego in Argentina. If you can name it, he’s fished there! Just ask to see one of the many magazine covers he’s been featured on through the years to bring a smile to his face. Good thing he’s on vacation, or those of you at the La Romana – Bayahibe Fishing Tournament would be in trouble! Good friends such as Marty and Marilyn Chattman, and Margarita Guerrero, among many others sang Happy Birthday to the man of the hour as he blew out his candles over a cake whose frosting was a photo of him fishing in Alaska. Very cool cake!

Rudi and co. have been coming to Casa de Campo for over 24 years. Aware of Marina’s background as a fashion designer who’s collaborated with labels such as Ferragamo and Prada, and is an advocate for ethical garment production, Dominique Bluhdorn, president of the Altos de Chavón Cultural Center Foundation, asked her to join the School of Design a couple of years ago. Since arriving this past June, Marina expresses, “It’s a fantastic school with a lot of talent. In fact, we just received notice that one of our students has earned a full scholarship to study at the Parsons School of Design in New York. We are thrilled.” Marina’s own daughters study Film and Fashion Design at Parsons. 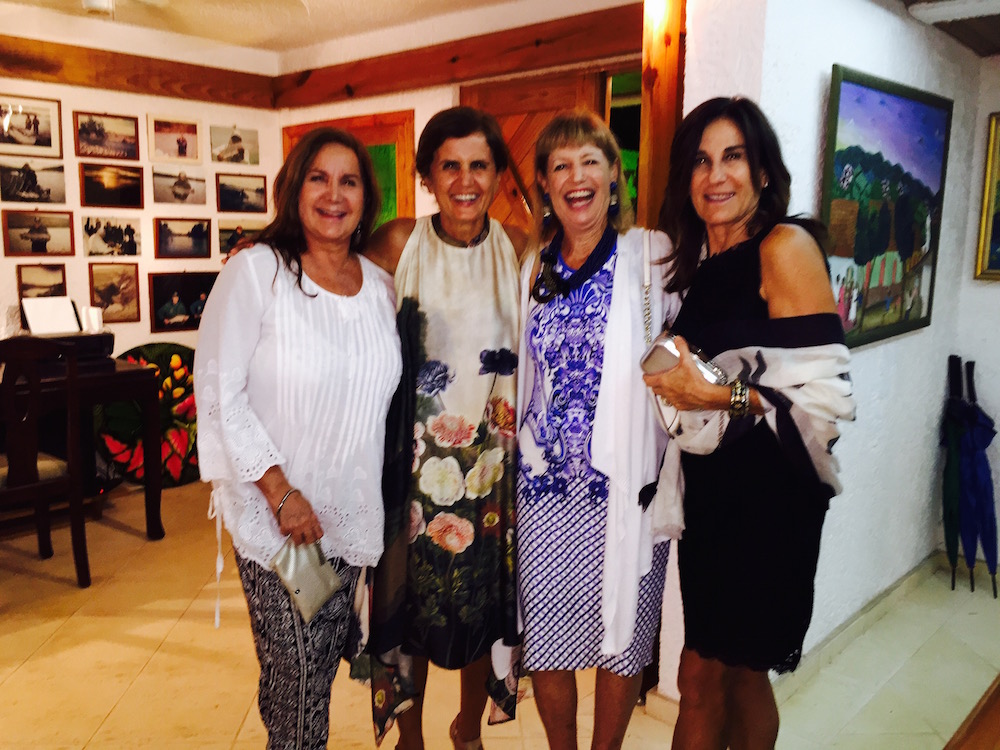 The family is now vacationing together and enjoying their Semana Santa. We wish them happy vibes on their travels and more stellar years to Rudi! Happy Birthday!