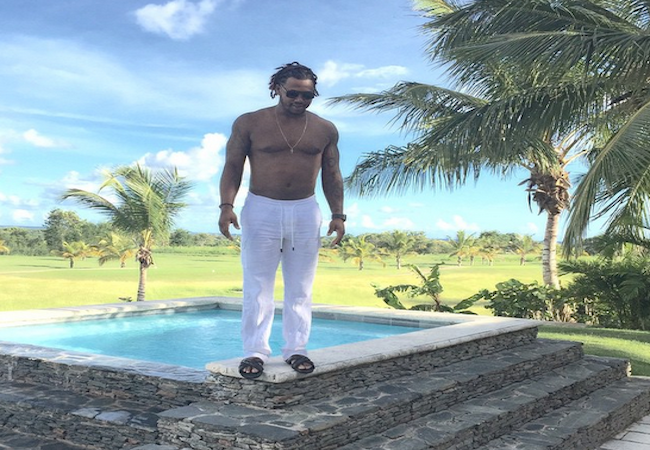 Do you remember our list of the top 10 sports stars in Casa de Campo? Well guess what? That list just keeps on growing! For example, famous Dominican baseball player Hanley Ramirez was just in Casa de Campo enjoying a short vacation!

Hanley Ramirez from Samaná province in the northeastern part of the Dominican Republic, is currently the shortstop of the Major League Baseball (MLB) team Los Angeles Dodgers and after seeing action in 132 games this season, the ballplayer decided spend a vacation in our tropical paradise, Casa de Campo.

We found out about his visit to Casa de Campo from the photos he posted on his Instagram account (@hanleyramirez13), where he is seen relaxing with fellow baseball player Cameron Maybin in a beautiful villa overlooking one of Casa de Campo’s famous golf courses. Cameron Maybin is an American baseball player in Major League Baseball, who is in La Romana as a back-up player for our local baseball team, Los Toros del Este in the current season.

In addition to chilling by the pool, Hanley Ramirez was also spotted taking a stroll around the Marina Casa de Campo.

Great choice Hanley, there’s nothing like the tranquility and beauty of Casa de Campo for a well-deserved break!

Hanley Ramírez (born December 23, 1983) is a Dominican professional baseball shortstop who is a free agent. Ramírez was the 2006 National League Rookie of the Year. In 2009, Ramírez won the National League batting title and in 2010 finished runner-up in the Home Run Derby. Ramírez is a three-time All-Star starter. He has played in Major League Baseball (MLB) for the Boston Red Sox, Florida / Miami Marlins and Los Angeles Dodgers.