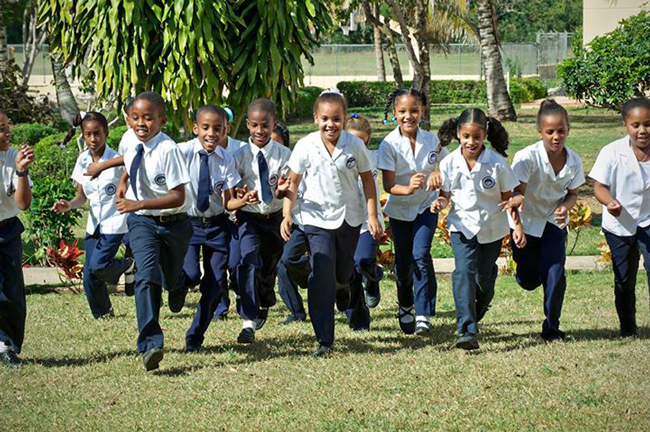 As we celebrate the end of another successful year here in Casa de Campo, we thought we’d take a look back at 2014, and what better way to start than with the Fundación MIR, whose schools and more than 1200 students are flourishing thanks to the love and support of the Casa de Campo community.

This year the Fundación MIR:

And finally, not only have all 3 schools grown leaps and bounds, but they now have OVER 1,200 students in grades K – 12!

This coming Saturday January 17th, 2015, the Fundacion MIR will be celebrating it’s 25 year anniversary with its annual Magical Splendor fashion show and gala, which in honor of this very special occasion will be bigger and better than ever before. The annual event, hosetd by Raysa and Alfy Fanjul, is this year sponsored by Saks Fifth Avenue, luxury American department store, along with Roberto Coin, Italian jewellery and watches from Vicenza, and will feature a fashion show by Badgley Mischka. In addition there will also be the auction of the “Chivalry” watch, valued at US$10,000, a collaboration between Chivas and Bremont Watches.

“On behalf of all of us at the Fundación MIR, we wish you a very merry holiday & happy new year,” said Lian Fanjul de Azqueta and Lyanne Azqueta.

Congratulations to the Fundación MIR!