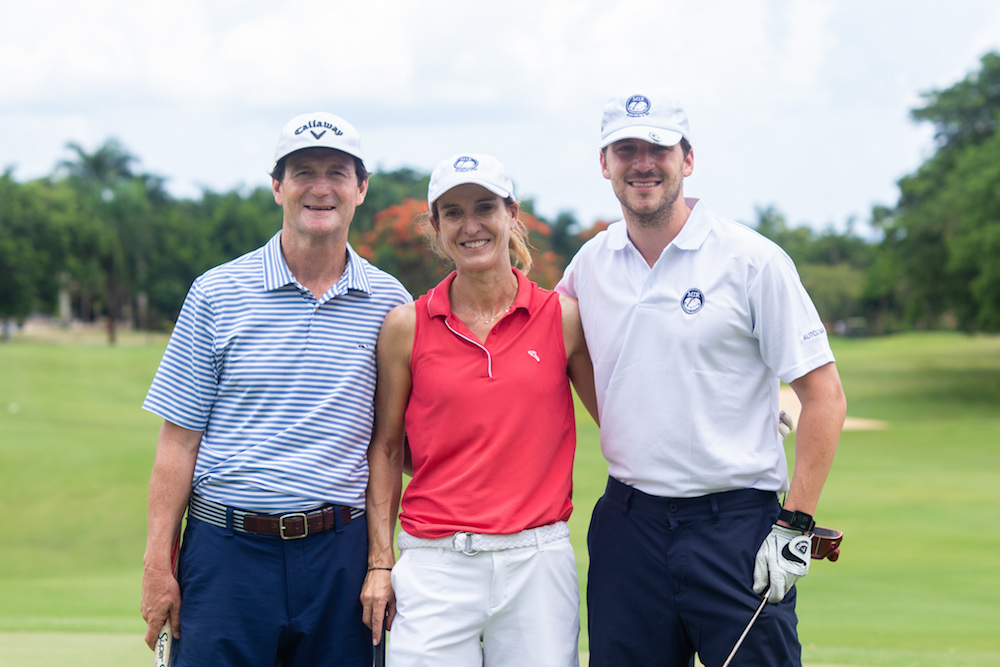 On Saturday, August 17th, the La Romana Country Club golf course in Casa de Campo was full of life, with over 100 players participating in the Fundación MIR Family Weekend for Life golf tournament.

The golf tournament was part of the annual Fundación MIR Family Weekend for Life event, which also included a tennis tournament and tennis clinic for children as well as a dinner-dance gala on Minitas Beach. During the gala, all winners were presented with their awards and they enjoyed the catchy tunes of Orquesta Dekadas, followed by an afterparty with DJ Eduardo Louder under the starry sky. Stay tuned for the coverage pictures!

Upon arrival, the players were greeted by the staff of the Fundación MIR where they were handed a goody bag and this year’s event polo shirt. The participants started the afternoon at the driving range and at 1 pm, after a few words of welcome by Lian Fanjul de Azqueta, founder and president of the Fundación MIR and Raul Cendoya, who is in charge of the golf department at the Country Club, everybody teed off to start the competition. The golf tournament, played in a scramble format was expertly managed by the Casa de Campo golf department and included additional prizes for the longest drive and closest to the pin.

On their way around the golf course, golfers enjoyed various snacks and beverages sponsored by the numerous corporate supporters of the Fundación MIR, such as Cinco Gelato, hotdogs, as well as Ron Atlantico. Even though it rained for a while when we asked players how the golfing day went, unanimously they said FUN! Everyone had a blast out on the course which makes it even better is that it is for a great cause — raising funds for the Fundación MIR’s three schools that support the children of La Romana. See the results below, and congratulations to winners: Frank Jorge, Marcos Jorge, Armando Jorge, and Luis Manuel Perellano, and all who participated!

The following collection of photos were taken by Eurys Mercedes at the 2019 Fundación MIR Family Weekend golf tournament played in Casa de Campo at the La Romana Country Club: