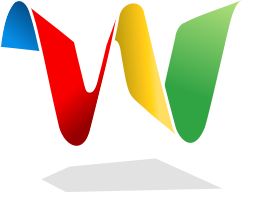 Google Wave, is the new software from Google that everyone (or rather everyone geeky) is talking about – and we have several invites to give away!

I’m not exactly sure what Google Wave is exactly – it has something to do with emails and other techy-type things! To be honest if you don’t know what it is you probably don’t want an invite anyway!

However, if you do want to know more about Google Wave, here is a link to wikipedia: http://en.wikipedia.org/wiki/Google_Wave

All you need to do is write us an article!

Now this may seem like a pretty daunting task, but I assure you it’s not – I do it every day! Here are some article ideas to get you started:

1.     Write us a review!
Reviews are really easy – just chose somewhere or something you really like and write about it – tell us exactly why you like to so much, add in a few nice photos and hey presto, you’ve written you’re first Casa de Campo Living article! Some things you can write reviews about:

2. Cover an event!
Covering an event is easy – all you need to do is go to the event, enjoy it and at the same time take as many photos of people, what’s going on, the venue and the food and drink (if there is any). Don’t be shy about taking photos, tell them it’s for Casa de Campo Living and people are only too happy to have their photo taken – after all Casa de Campo Living is now the #1 place to be seen in Casa de Campo! There is loads going on this weekend, here are some of the events which need to be covered:

TIP: take more photos than you think you will need – you can never have too many photos!

3. Write something!
You’ll be surprised by how many people are interested in hearing about what you have to say – and there are so many things to write about! Here are some example articles, written by members of the Casa de Campo community (other than me!)

4. Send us your photos!
Probably the most popular aspect to our website is our photos – people seem to be endlessly fascinated and desperate to look at our photos! Of course, there are only so many photos that I can take – so send us your photos! Here are some examples of the kind of photos we would be interested in:

TIP: include a short description of your photo/photos!