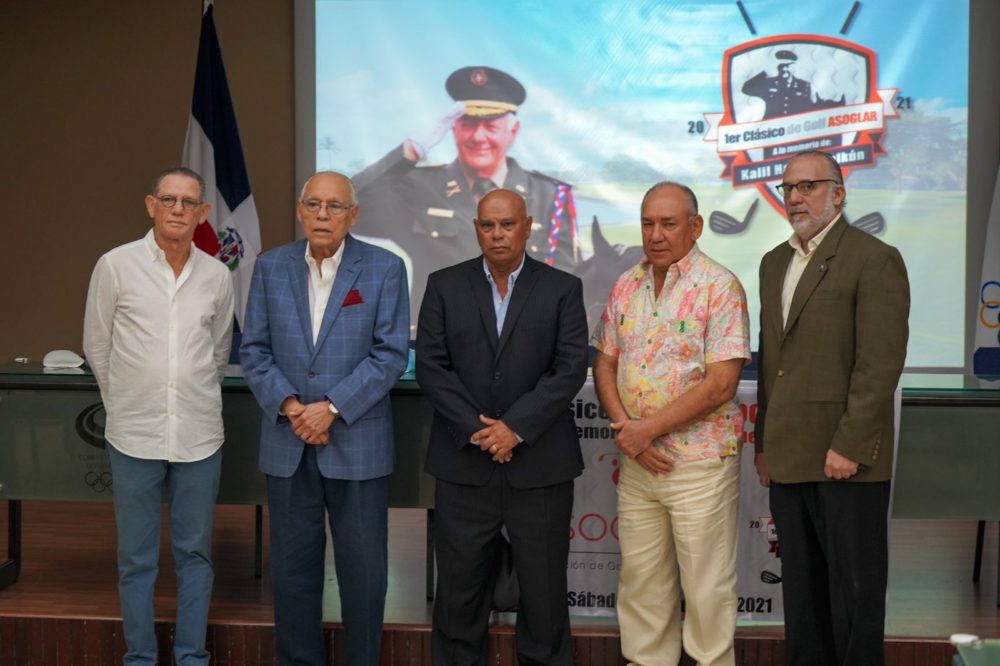 On July 31, the First Golf Classic of the La Romana Golf Association (Asoglar) will be held at the Links golf course in Casa de Campo. This tournament will have a special dedication to Kalil Haché Malkún, who dedicated a large part of his life to benefit the sport and passed away last year.

The details of the event were offered this past Thursday by Asoglar executives in the Juan Ulises García room of the Dominican Olympic Committee. During the activity, it was announced that the tournament will begin at 8:30 in the morning, but previously there will be a ceremony to honor the memory of Haché Malkún and highlight his contributions to the sports movement, especially golf.

The president of the Dominican Golf Federation (Fedogolf), Carlos Elmudesi, welcomed the dedication and recalled Haché Malkún’s contributions to golf. “What better way to honor a person who was always present and supported the activities of Fedogolf than to dedicate this tournament to him,” said Elmudesi in his speech.

The event will be played under the best ball format, in categories A, in which players with a handicap of 0-12 will participate, while in category B, golfers with 13 to 24 handicaps will play, both categories will be 18 holes, explained Freddy Mazara, treasurer of the La Romana Golf Association. It will also be played in the female branch and mixed couples will be allowed to participate.

The three best scores in each category will be awarded, in addition to the best gross score, the best approach to the flag and the longest drive.

Likewise, Emilio Vázquez, president of the La Romana Golf Association, invited golfers from all over the country to participate in this event. Ramón Piña, secretary of the association, as well as Frank Micheli, who moderated the activity, also participated.