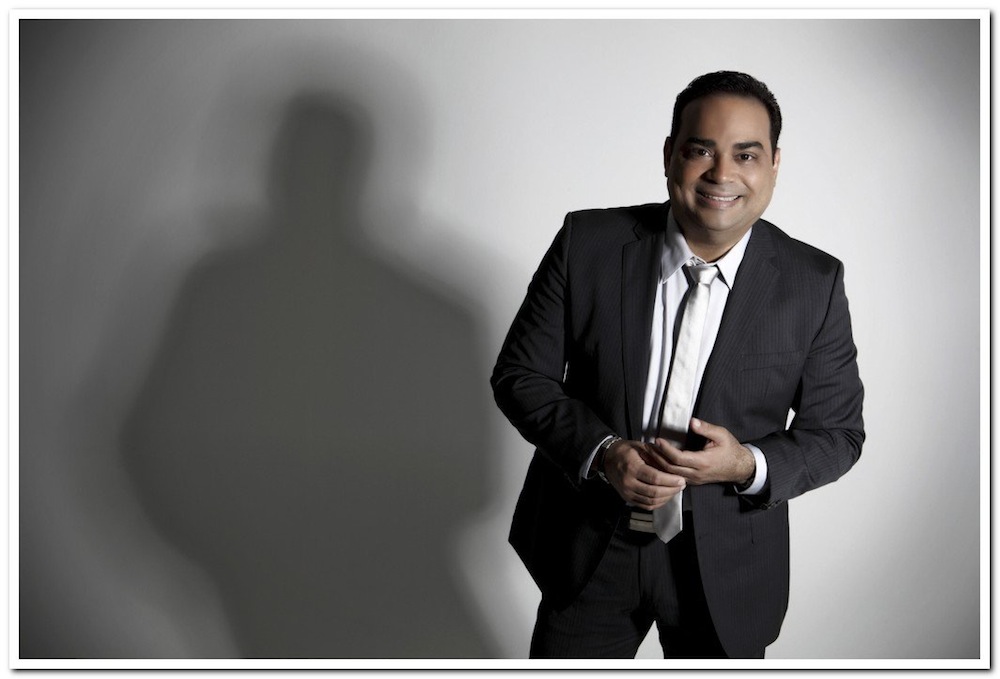 In Casa de Campo you can always find something to do. The days and weekends are always busy with activities, but what if you want to try something else, something new? You can always take the Coral Highway and head east towards the Hard Rock Hotel and Casino which is just 50 minutes away and next month, on November 26th, Gilberto Santa Rosa will be live at Terraza Woodstuck!

Gilberto Santa Rosa, also known as “El Caballero de la Salsa” (The Gentleman of Salsa) is a well-established and very popular Puerto Rican salsa singer. He became interested in music at an early age, and took part in his first concert as a teenager. In 1976, he made his recording debut as a backup singer with the Mario Ortiz Orchestra, and soon afterwards was recruited by La Grande Orchestra where he became the lead singer. He remained with the orchestra for two years, during which time he met Elias Lopez who helped to mold and polish his career as a singer. In 1986, he began his solo career.

Santa Rosa was also the first singer of tropical salsa to perform at the Carnegie Hall Theater in New York City where the opening number was his unique version of the song, “Represento,” composed by Lou Briel. This concert was recorded live at the hall, and later released as an album. One of the night’s highlight was the four-minute improvisation he made to his song “Perdoname,” demonstrating his talent. This live version became such a sensation that Santa Rosa had to memorize it for future concerts, making Perdoname the song with which he closed his concerts. Find the audio video below:

In 1996, his album “Caballero de la Salsa, Vol 2” was released and he also participated in the Dominican Republic’s first “Festival Presidente” (a Latin music festival sponsored by Presidente beer). He is married to Alexandra Malagón, and on 2013 was granted citizenship in the Dominican Republic. Last August, the star presented three shows at the Teatro Nacional which ALL sold out! This year, he was awarded a Soberano and is the new face of the Dominican product “Induveca,” appearing in their TV commercials.

For more information you can contact the Hard Rock Hotel and Casino, info below. Don’t miss this concert with one of the most popular Salsa artist!

*pictures are from his facebook page: Gilbertito Santa Rosa

So if you’re travelling from Casa de Campo, La Romana or even Santo Domingo – why not arrive early (or stay late)and spend some time in the Hard Rock Casino? The 45,000-square-foot Hard Rock Casino in Punta Cana offers the best action in the Caribbean with…