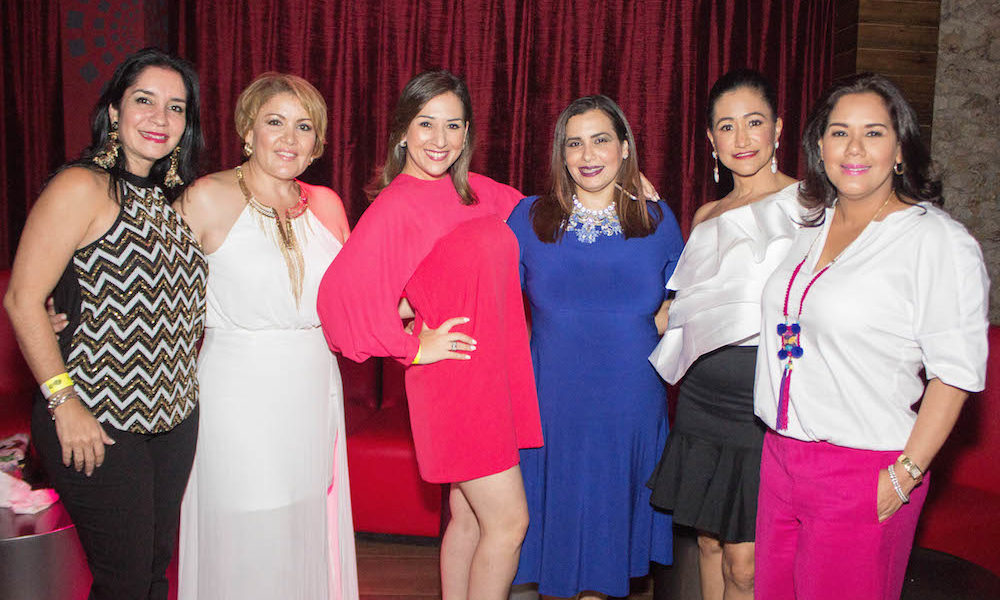 There’s no denying that sometimes we just need to kick back and enjoy the music! Café de la Leche’s most recent event gave us that opportunity last night at Genesis Nightclub. What started as early as 7pm quickly filled with Casa de Campo community members and residents from La Romana. In no time, the popular disco tech was alive with chatter, upbeat tunes, and some good ol’ dancing.

The event which included vodka drinks by Skyy Vodka was also catered by Casa de Campo and served up tasty picaderas to keep the crowd going strong. As waiters passed out chicken curry empanadas, shrimp and pineapple skewers, banana bread and blue cheese mini sandwiches, and dates wrapped with bacon (my personal favorite!), party goers danced to classics like How Will I Know by Whitney Houston and Rock With You by Michael Jackson.

By the time Madaonna’s Like a Prayer came on, we were belting out the lyrics and enjoying Thursday night with the best of them. Friends all over Genesis formed in circles dancing in groups, taking photos, and making funny videos. We delighted in donning our best “Danny Zuko” for Greased Lightening and You’re the one that I want, which also brought back happy memories of Abraham Lincoln School’s recent musical performance. Pretty soon, Latin rhythms came on with the likes of popular tunes such as La Bicicleta by Shakira and Carlos Vives, and La Gozadera by Gente de Zona and Marc Anthony that we no doubt enjoyed, but our favorites probably stuck with some older know-it-by-heart lyrics like Lou Bega’s Mambo No. 5 or Y.M.C.A by Village People. Sometimes you just can’t fight a good throwback!

All in all, we love our Café de la Leche events which bring support to the Hogar del Niño and the over 200 babies in their Crib Room. The La Romana charity also educates and nurtures over 1,500 students. Plus, it was swell seeing several men from Casa de Campo join in the event to show their support for the children. I guess we can all agree, dancing for a cause is something we can certainly do!