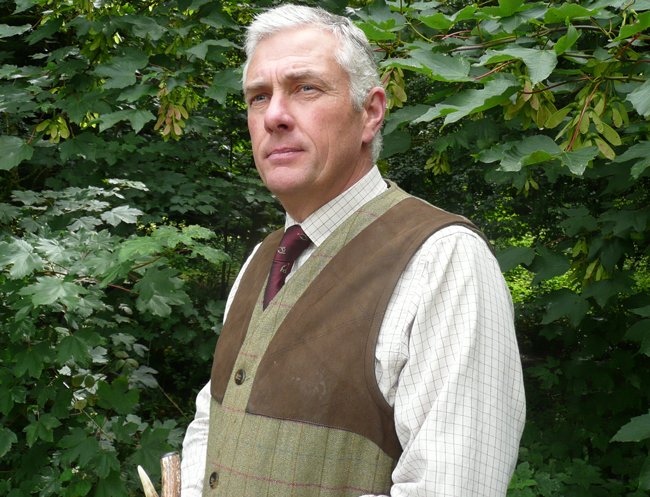 Gary Salmon started his career at the age of 17, as trainee keeper on The Queen of England’s 20,000 acre wild bird shoot at Sandringham, and now he is the new Director of Shooting at the Casa de Campo Shooting Center.

He gained experience hatching, rearing and releasing pheasants, partridge and duck as a Beat keeper in Suffolk for Lord Tollemache before moving to Essex to become Head Keeper for 15 years. The following 16 years he was shoot manager on the Ashby St. Ledgers Estate in Northamptonshire, taking over as proprietor in 2007. Looking back, he has enjoyed a successful career that is a passion as well as a hobby and joining the team at Casa de Campo seems to be an incredible way to continue.

“The Shooting Center had been designed by someone with an eye for detail. The glades in the woods, the hidden traps, a striking tower and mowed areas for the skeet, trap and live-pigeon shooting as well as the challenging beauty that surrounds Rancho Peligro complete to perfection that quintessential feel of the traditional English game shoot.

I have shot clays all my life, but without a doubt, The Shooting Club at Casa de Campo is the most comprehensive ground I have been to.”

Casa de Campo Living interviewed Gary Salmon to get to know the origin of his passion for shooting, how he became the new shooting director and the future of the Casa de Campo Shooting Center.

@cdcliving: When did you become interested in shooting as a sport? Tell us a little about your shooting background.

Both my father and uncle were gamekeepers so I pestered them constantly, wanting to set traps, feed birds and shoot. I started with an air rifle at 6 years old then at 8 progressed to .410 shotgun which I had to show much respect regarding safety before I was allowed a cartridge in the gun!

@cdcliving: How did you come to be the Director of Shooting at Casa de Campo?

The lease on our UK game shoot and fishing centre comes to an end in February 2015 so we began looking for another venue. When the advert appeared for the Casa de Campo Shooting Director position I thought “why not?” as I had experience in everything that Casa de Campo offers, except quail shooting.

@cdcliving: What is your primary responsibility as Casa de Campo’s Director of Shooting?

The smooth running and profitability of the Casa de Campo Shooting Centre is my prime responsibility and to ensure as many people as possible enjoy its very different aspects.

@cdcliving: What were your first impressions of Casa de Campo?

My first impressions of Casa de Campo were wow! So much greenery and colour and how well cared for everything is.

Variety. There are very few places in the world where you can shoot what you can here, in the same day amidst wonderful scenery and a lovely climate.

@cdcliving: Which type of shooting do you prefer and why?

I enjoy all types of shooting, clay shooting with friends is fun, game shooting in stunning scenery at very challenging birds is fantastic. However shooting Red Grouse in a wind on a heather moor in northern England or Scotland for me is hard to beat as grouse are totally wild and live in a unique terrain only found in the UK.

@cdcliving: What would you say to someone whose never tried shooting?

Give clay shooting a try, it will not be for everyone, but for example I have seen ladies who were pushed into doing it by a partner become totally addicted and have become very good shots.

@cdcliving: How do you see the Casa de Campo Shooting Center in 5 years? Do you have any plans for changes / improvements / events?

The Casa de Campo Shooting Centre is capable of providing entertainment for so many more guests, so in 5 years time I see it being much busier with regular tournaments/events and added activities such as archery etc.

@cdcliving: What else do you enjoy doing here in Casa de Campo?

I have played tennis occasionally in the short time I have been here, but I intend to go riding, to the beach etc. when I have more time. When my golf clubs arrive from the UK I will have to play Teeth of the Dog (very badly I suspect as I am only an occasional golfer)!

Sitting outside in the evening and NOT freezing to death is also a nice change from England!