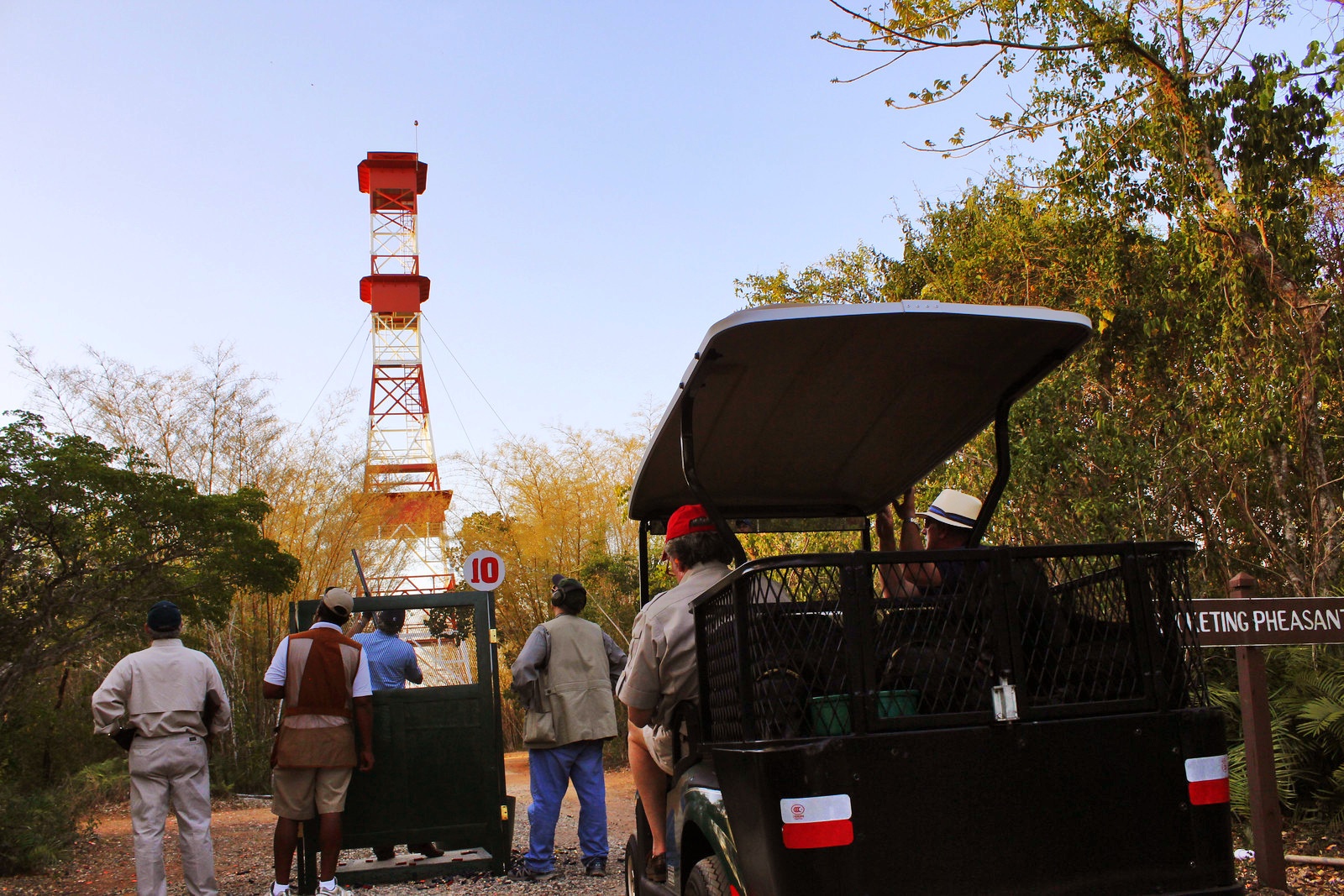 Garden & Gun magazine, a Southern lifestyle magazine all about the magic of the South—the sporting culture, the food, the music, the art, the literature, the people, and the ideas, has just ranked Casa de Campo’s Sporting Clay courses, among some of the best in the world.

We can have no doubt that the folks at Garden & Gun know their stuff when it comes to talking about all things garden and gun, and so what better accolade could the Casa de Campo Shooting Center hope for than to be included in their recent article “Five Great Sporting Clays Courses”?

Ranked alongside courses such as “The Blue Ridge Course” of Primland in Virginia, and “The Hill Country Course” of Joshua Creek Ranch in Texas, Garden & Gun describes Casa de Campo’s Sporting Clays course as “for sheer size and diversity, the clays course at this expansive island resort is hard to beat”. And even gives a mention to the European-style Driven Bird Shooting available at Rancho Peligro, “if all the simulated wing shooting has you craving the real thing, take advantage of year-round upland bird and waterfowl hunting, overseen by a former gamekeeper for English royalty.”

The Casa de Campo Shooting Center, with it’s formidable red and white tower, boasts more than 200 different stations, which catapult the clay targets into the air at different heights, speeds and angles, each one designed to represent the movement of different animals such as pheasants and rabbits. With facilities like that it’s easy to see why Garden & Gun ranks Casa de Campo’s stellar shooting facilities so highly!

You can check out the Garden & Gun article for yourself here.

The Casa de Campo resort, along with Garden & Gun magazine is planning a “The Sporting Life” weekend… As soon as we have more information we will let you know!