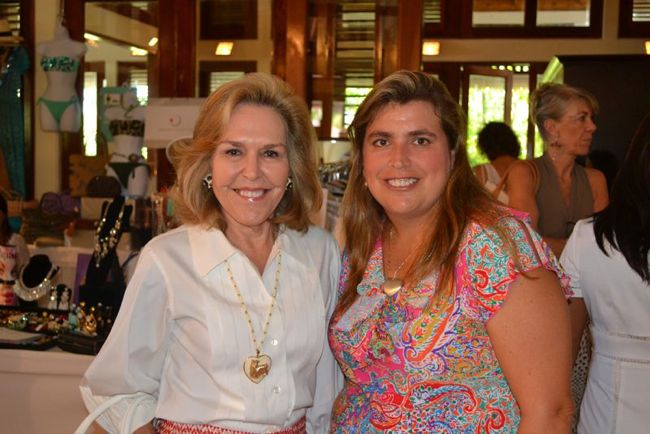 I love the annual MIR Bazaar. It’s shopping for a good cause, so what’s not to love?!

Last week from Thursday April 10th to Sunday April 13th, the MIR Bazaar was open in the La Romana Country Club as part of the 29th annual Sugar Golf Tournament, and the activity raised much needed funds for the Fundación MIR charity which runs 3 schools with more than 1200 students in La Romana.

With the participation of a fantastic variety of vendors, selling lots of very tempting items from jewellery to homeware, as well as the sponsorship of SILGON creators of CasaLife and Casa de Campo Living, who helped with the marketing of the event, the MIR Bazaar was a huge success attended by Casa de Campo villa owners, residents and visitors… who shopped, shopped, shopped!

As always the most popular shopping day was the Saturday (April 12th), which was when Lian Fanjul de Azqueta, president and founder of the Fundación MIR and Raysa Fanjul, vice president of the Fundación MIR joined forces to host the annual Ladies Luncheon. With tables set up all around the outside terrace of the La Romana Country Club, the lovely ladies of Casa de Campo enjoyed a delicious lunch, while also the opportunity to shop just a little more!

The highlight of the Ladies Luncheon was the fashion show “Del Mar”, was beautifully presented by many beautiful models of the Casa de Campo community; little boys and girls who modelled the children’s clothing created by Dominican designer Julissa Peralta with her brand Rayuela and gorgeous teenagers and even some glamorous ladies who strutted their stuff in elegant designs by Sissy Bermudez.

“I support the Fundación MIR because I believe in the work they are doing”, Julissa Peralta told Casa de Campo Living, “it is important to her the future of our country, the children,” she added.

The following collection of photos were taken on Saturday the 12th of April at the MIR Bazaar and Ladies Luncheon at the La Romana Country Club in Casa de Campo: