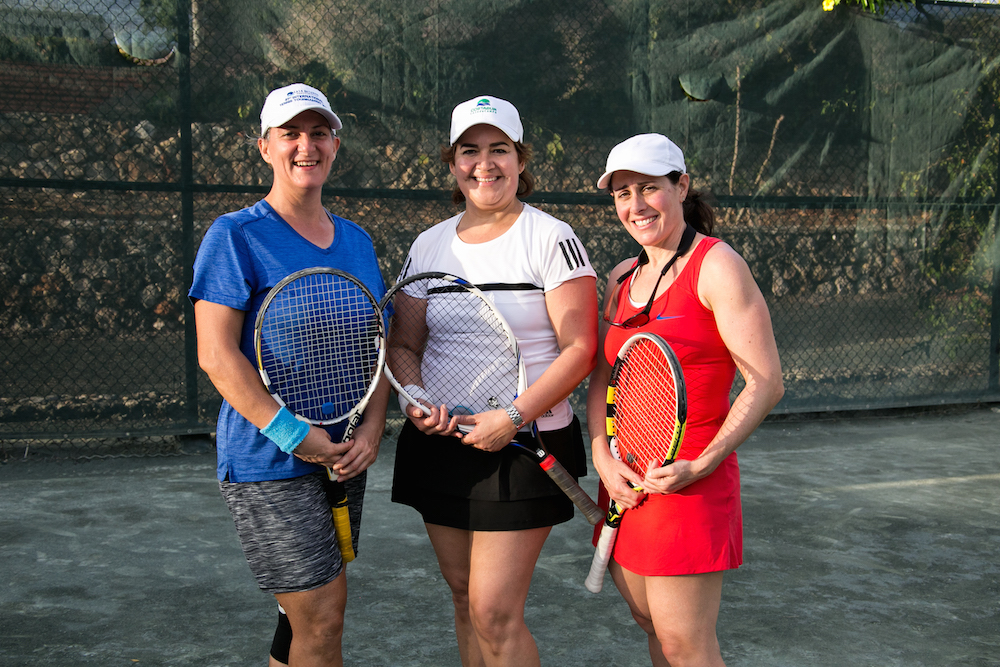 With the aim of promoting friendship and healthy competition, Casa de Campo Resort and Villas held on February 23 and 24 the Friendship Invitational Tennis Cup, in the different courts of the La Terraza Tennis Center. It is the first time that the Resort holds this type of tournament, which was attended by 110 players from the Casa de Campo community, as well as tennis players from all over the country.

The players were distributed in 20 teams, and they played in three categories for game ability and in three age categories. “The idea was to present a new team competition format by adding points, Davis Cup style, in which two doubles and one single per team are played. That is to say, they are three parties. Two teams face each other and they are scoring with the other teams,” explained Casa de Campo’s tennis director, Mr. Matias Territoriale.

On Saturday 23 from early morning hours played a Round Robin, this means all against all, and on Sunday played the semi-final and the final.

To put a special touch to the event and motivate the camaraderie among the players, the activity featured live music, toasts and raffles, Massa Food Truck was available with culinary delights.

It should be noted that the registration of this tournament was free, thanks to the contributions of the sponsors: American Express, Scotiabank, Brugal, Cerveza Canita, Higueral, Dasani and Powerade.

“The reception was very good. I was surprised by the number of people enrolled for being the first time this type of activity is carried out. They are already asking for another tournament. Surely we can repeat it on another occasion,” Territoriale said.

The following image gallery was taken by Mairobi Herrera during the Friendship Invitational Tennis Cup 2019: