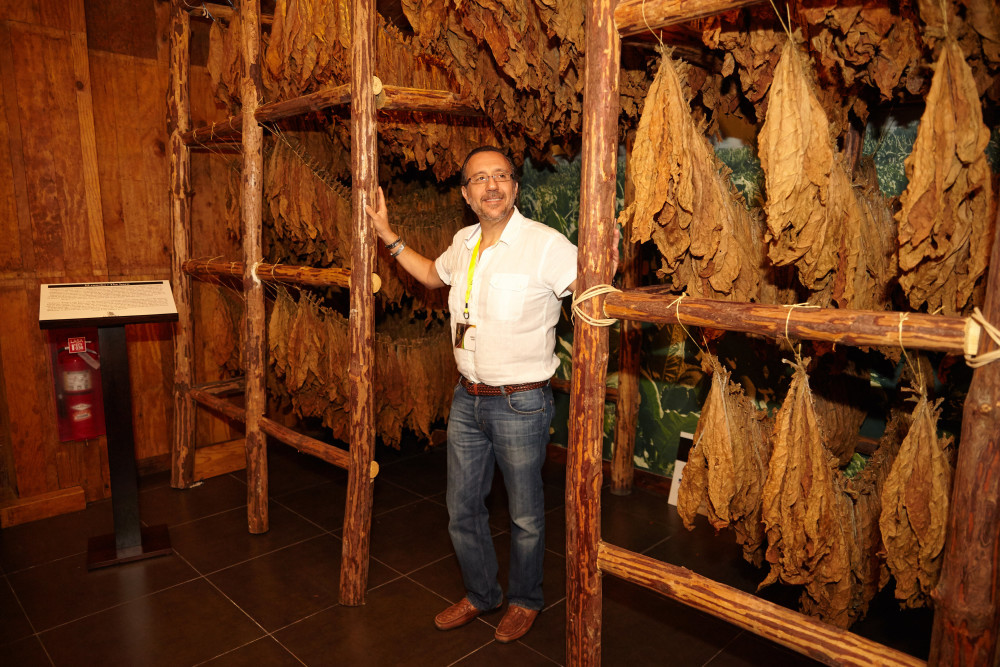 A very big event for the cigar industry just wrapped up here in the Dominican Republic, the ProCigar Festival which is a wonderful platform for local cigar producers, retailers and enthusiast to discuss cigar history and production.

The Procigar Festival is a celebration, vacation and journey of discovery for cigar enthusiasts, taking them on tours of cigar factories, visits to the tobacco fields, and mixing in the best of Dominican culture, such as morning rounds of playing golf, afternoons spent on the glorious beaches, and evenings dancing to the beat of merengue.

“In 1992, the most traditional and experienced cigar manufacturers in the Dominican Republic formed ProCigar. An association whose objectives then and now are to defend, protect and divulge the good name of the land of Cigar Country, number one exporter of Premium Cigars in the World,” Procigar.org.

Here’s what Ruben Gonzalez behind Cigar Country Store and Enrique Seijas of Matilde Cigars had to say about the festival:

“I think it is a great way to bring aficionados, retailers, distributors and manufacturers together to promote the good name of the Dominican Republic and its cigars. People from all over the world come to see the cigar making process, tobacco farming and attend blending and tasting seminars.”

“It’s the only place where you experience the passion for cigars from the seed to the finished product. Great time to meet and talk to the people behind the brands.”

Participants of the festival had the chance to visit major cigar factories here in the Dominican Republic. Let’s take a look at La Aurora factory that they traveled to which has such a rich history.

Located outside of Santiago, La Aurora was founded on October 3rd, 1903 by Eduardo León Jimenes, a hardworking man who was the son and grandson of tobacco growers. He decided to go a step further a create a cigar brand with global dimension. The founder, then 18 years old, inherited some “tareas” of land and with six employees, great enthusiasm and a lot of effort, began to build his dream.

It is believed that La Aurora is the oldest cigar factory in the Dominican Republic. They actually offer courses through their “Cigar Institute” program, aimed at different levels and interests of cigars, from learning about the tobacco plant and soil to how to choose and consume your smoke. President of La Aurora, Guillermo Leon says: “We have gone a step further by creating a 360º concept about the world of tobacco. The first comprehensive training school for cigar lovers.”

Tours to La Aurora can be made by calling 809- 734-2563 or visiting La Aurora Cigar World. See more photos from the La Aurora factory below provided by Procigar:

About the Procigar Festival

In 1992, the most traditional and experienced Cigar Manufacturers in the Dominican Republic formed Procigar. An association whose objectives then, and now, are to defend, protect and divulge the good name of the land of Cigar Country, number one exporter of Premium Cigars in the World. Preserving this heritage and maintaining the quality on which is built – is the mission of La Asociación de Fabricantes de Cigarros de la República Dominicana, ensuring Cigar Country’s continued status as the world’s premier manufacture of first-quality cigars.

Following the footsteps of those visionaries who first recognized the crystal clear rivers and fertile mountain valleys as ideal tobacco country, building on traditions that have been passed down in meticulous detail from generation to generation, our association is committed to preserving the consistent quality and unrivaled reputation of Dominican Cigars. As part of our commitment to quality, we are proud of our Seal, which puts our member in a class by itself.

The Dominican Cigar association’s members, cigar manufacturers of world renowned brands, have established quality levels among themselves to make sure that the Dominican cigar, already a standard for excellence in the world, maintains its enviable status. Each member company is committed to uphold the established guidelines that qualify their products to be known as the best from the Dominican Republic – cigar country. Old World’s craftsmanship has been refined and perfected into new meaning. Cigar Country’s artisans have no equal anywhere in the world for their cigar making skills and their passion to provide supreme smoking pleasure and relaxation.

Today, the Dominican Republic, produces and exports the finest handmade, premium cigars in the world. There is no land more qualified for the title “Cigar Country”. We, the members of the Dominican Cigar Manufacturers Association, have dedicated ourselves high standard of quality and consistency to which we are collectively committed.

In the marketplace, we compete by bringing our own individual blends, with their nuances of taste and aroma, to cigar lovers all over the world. In “Cigar Country”, each of us strives to surpass even the high quality levels we have set for ourselves. This way, we can offer cigar aficionados all over the world the most consistent, tastiest cigars money can buy.