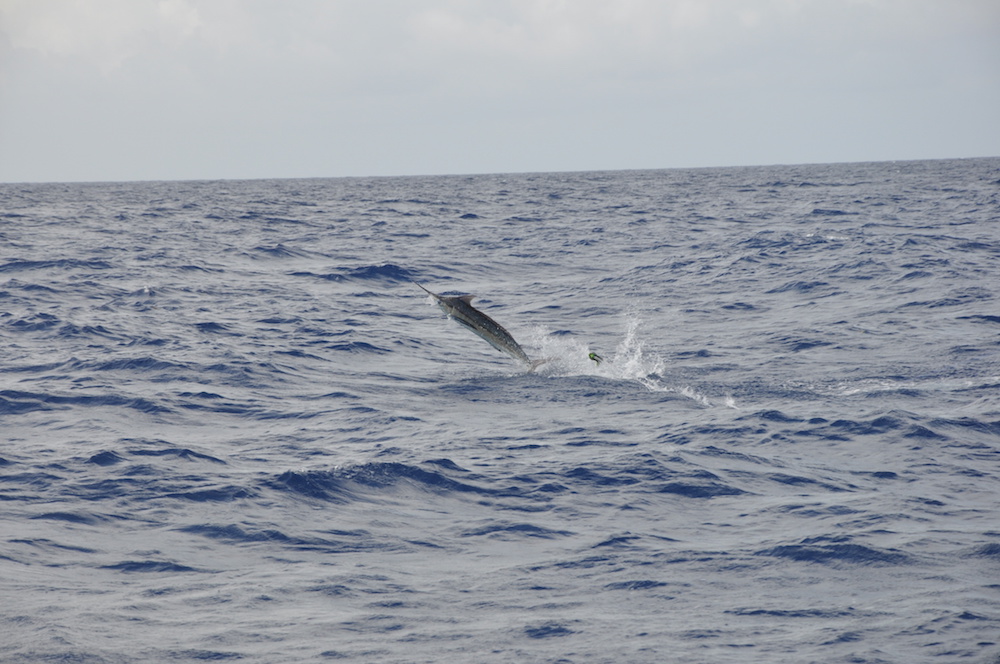 Fly Zone Fishing has announced the formation of a new high profile sport-fishing tournament in the Dominican Republic: the Marina Casa de Campo Open. The event is slated for April 6th — 8th, 2017. There will be a captain’s meeting and welcome party on Thursday the 6th followed by two days of fishing on the 7th and 8th, with the awards celebration to follow later that evening. The tournament is owned by Marina Casa de Campo, with operations managed by Fly Zone Fishing.

The timing coincides with excellent blue marlin fishing off Casa de Campo. Teams target blues on the various FADs, which tend to concentrate the bites in specific areas. Most days will see boats having up to five bites a day from blue marlin, although it’s not uncommon to have as many as ten or more a day during this time. The weather is also consistently very good.

The Marina Casa de Campo Open will also feature sumptuous high-end social functions for the participating anglers and crews. The Casa de Campo Open will be modeled on Florida’s prestigious Reef Cup, where the local homeowners are involved in the tournament events. The event will be a celebration of all things sport-fishing. “We’ve got some great plans for the Marina Casa de Campo Open,” says Fly Zone’s Robert “Fly” Navarro. “Social media will also play a big part of our promotions — we’ll even have a virtual tournament online that will run concurrently with the actual event, so stay tuned for more details.”

Located at the edge of Casa de Campo Resort, Marina Casa de Campo has a total of 350 slips for yachts from 30 to 250 feet, combining elegance, prestige, luxury, safety and warmth of the locals in a very inviting package for visiting sport-fishermen. La Romana International Airport is just ten minutes from the resort, with daily flights to Miami in addition to a private aviation terminal. It’s entirely possible to fly in before lunchtime and release a blue marlin (or three or four) by sunset.

See below the event schedule: