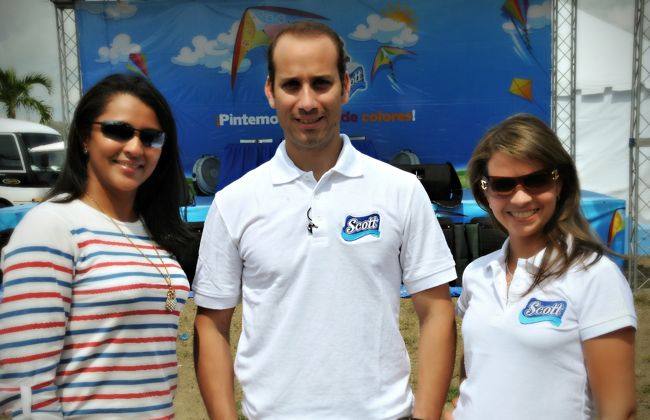 On Thursday April the 5th, otherwise known as “Jueves Santo” (during Easter Week), the “Volar con Scott” (“Fly with Scott”) event was celebrated in the Marina Casa de Campo attracting children, adolescents and adults from both the Casa de Campo and  La Romana communities!

As part of numerous activities organized during the Easter Holidays with the purpose of offering all Casa de Campo visitors, residents and villa owners, a wide variety of entertaining events, the Marina Casa de Campo in conjunction with the brand Scott, hosted the “chichigua” (kite) contest named “A volar con Scott” which attracted many visitors from the La Romana community, who were thrilled to enjoy an exciting family afternoon.

At the end of the day, the happy winners of the most creative chichiguas participating in the contest were given three prizes according to three different categories; a Play Station PSP Go for the children’s category, an X-Box 360 Elite for Juniors and a 3G iPad for the adult category!

Here are more photos of the “A volar con Scott” event: