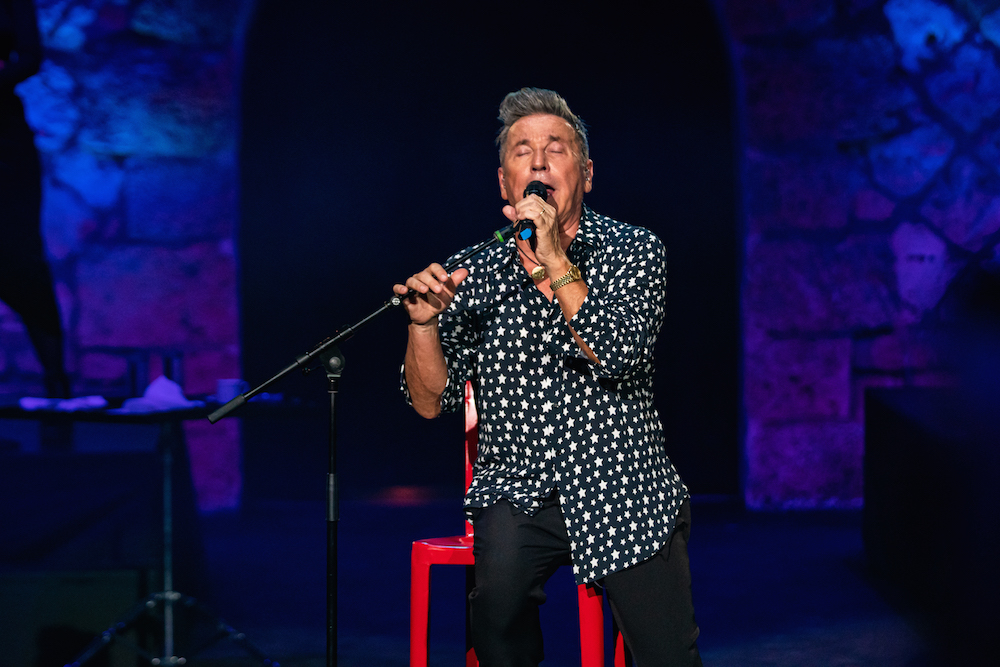 Last Saturday, renowned artist Ricardo Montaner presented to the world his concert “Las canciones que amo” live-streamed from the Altos de Chavón Amphitheater after eight months of not being able to step on a stage. “It was time to turn the lights back on,” said the artist, and in what better place than in Altos de Chavón!

With wonderful staging, sound, lights, screen designs, and an excellent team of professionals, the whole world was able to enjoy one of the best exponents of romantic music. During the broadcast, people were transported to Altos de Chavón where they sang all their favorite songs together with the artist.

The transmission began at 9:00 pm, where users were able to see a video of the rehearsals and part of the stage setup. The concert was opened by Nani, a young singer from Argentina who is part of the artist’s talent company and who also shared the stage with Ricardo Montaner to sing “Te adoraré”.

After the opening, Ricardo Montaner went on stage and began his presentation with “La chica del ascensor” followed by “Será”, “Donde va el amor” and “El poder de tu amor”. “I want to thank you for joining me. We were full of expectation and wanting to return. ” The artist expressed excitedly. “You have no idea of ​​the emotions that goes through my heart and my mind. Today from this place where I have already performed a few times before with people up to the corners, I thank God for this opportunity. This is the moment that God has chosen for us.”

“Dejame llorar”, “Besame”, “La mujer de mi vida”, “Me va extrañar”, “Convénceme”, Resumiendo”, “Que ganas de volver”, y “Tan enamorados” were part of the repertoire of 25 songs chosen by the artist. With “Cachita” y “Vamos pa’ la conga” he paused the romanticism, before taking it up again with others such as“ Convénceme ”,“ Quisiera” and “Honda.”

For two and a half hours, the interpreter of “La cima del cielo” presented to the world “the songs that he loves”, along with various anecdotes, making this a very successful and emotional night.

Below is a gallery of photos taken by Feedad during Ricardo Montaner’s concert on Saturday, November 28: