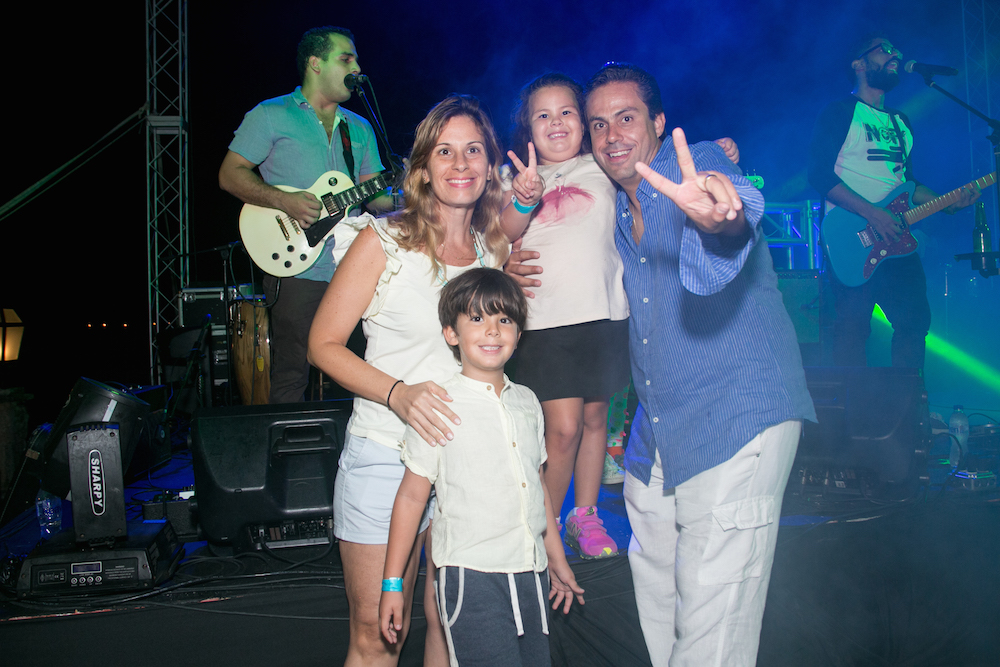 The world’s largest Volksfest (which means beer festival and traveling fun fair) which started in Munich a couple of centuries ago is now a festivity celebrated all across the world in the month of October and Altos de Chavón was not one to stay behind! This past weekend Altos de Chavón celebrated its first-ever Oktoberfest, and boy can we say it was a complete and utter success!! It was a delight to see Altos de Chavón full of life and music, and we sure hope to see it that way more often.

On Saturday, October 21st, Altos de Chavón was bustling with families and friends walking around its cobblestones enjoying every bit of activity that had been planned for them. You could hear the music and children’s laughter in the air; it was truly magnificent. There wasn’t a soul that wasn’t into the festivities! We saw Xiomarita Menéndez dressed in a Dirndl – typical women’s dress worn at Oktoberfest, and we even saw a family already into the Halloween spirit. Children were coloring, jumping in one of the four inflatable games spread across Chavón, or running around the village playing while their parents were watchful but at the same time enjoying the event.

The Plaza was beautifully decorated with string lights and the area in front of the church was set up with 12 rectangular tables in red, green and blue squared tablecloths. There was also an area for the Chavoneros, where they were drawing portraits of those who were interested, and had a beautiful selection of their artwork on display. The stage was towards the far end of the plaza and around the area were the various beer brands available and a Casa de Campo BBQ!

Beer companies we were able to savor included: Presidente, Estrella, Erdinger, Voll Damm, Charlie Horse, Paulaner, Tina Bazuka among others. Most of them included cool souvenirs as part of some very attractive and affordable combos, like bottle openers, beer glasses, and mugs to commemorate the 2017 Oktoberfest. Within the BBQ menu, the resort offered various types of German sausages with sauerkraut, pretzels, and artisan bread. YUM!!

The musical lineup started at 6pm with DJ Gilbert who got everybody pumped and left the people wanting more— and then they got more! The line continued with “Day Dreamers” a group from Santo Domingo with their “Sunset chillout” set. The group is formed by DJ’s A.L.E.X.I.C.O. and NEZ, friends and co-workers, who decided to start this project unifying forces and their love of music.

Cana Beat took to the stage and had us all dancing to covers of timeless reggae songs, followed by Riccie Oriach and la Alucinante Banda with their Caribbean fusion songs such as, “El Mosquitero,” “Las Guayaba,” and “La Dueña.” To end this spectacular event, YARD INC. delighted us with their beats.

When we asked the organizers how they felt about how the event took place, they replied: “We are very satisfied with the outcome of this event and with the support that the entire Casa de Campo community gave us. This type of event invites everyone to know everything that Altos de Chavón has to offer, not only its cultural offerings but also its shops, artisan workshops, bars, and restaurants.”

It was a wonderful event that enlivened Altos de Chavón, something that we certainly wish to see more often! We’ve heard great comments all around, everybody loved how everything turned out. Hopefully, this is just the first of what we expect to become an annual festivity on the cobbles.

The following pictures were taken by Mairobi Herrera on Saturday, October 21st during the first Altos de Chavón Oktoberfest: