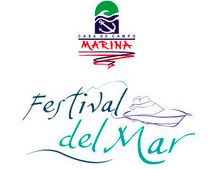 The Festival del Mar is scheduled to take place in the Marina Casa de Campo this coming Saturday and is being organised by a new marketing company MARKETING 911.

Here are all the details I have about this event.

The FESTIVAL DEL MAR 2010 is an event for the businesses and residents of Casa de Campo, which will include the following activities:

* Brand Activation @ PALMILLA
Party in PALMILLA, with the aim of commercial promotion with the participation of models and including water sports.
TIME: 1pm – 4pm.
TICKETS: USD$50

* AFTER PARTY
Following the Eros Ramazotti concert in Altos de Chavon, there will be a Festival del Mar after party at the Rio Marina restaurant in the Marina Casa de Campo.
TICKETS: USD$50

This event is being organised by MARKETING 911.